−   Martifer Solar has received the “Business Expansion” award for its contribution and investment in the UK market −   The company has become one of the leading Developers of utility-scale PV projects in the market, including its recently announced new 100 MW portfolio for development −   The UK Trade & Investment presented the company with an award at the British embassy in Lisbon, Portugal on 1st JulyMartifer Solar, a subsidiary of Martifer SGPS, has been honored in the category of “Business Expansion” by the UK Trade & Investment (UKTI), a British government organization that

−     Martifer Solar has announced a significant step forward as a Developer in the UK market, with a new portfolio of 100 MW of PV projects in development −     The new portfolio of projects is expected to be fully-developed and completed by early 2015 −     Once the projects within the new 100 MW portfolio are ready to build, they will be sold to third party investorsMartifer Solar, a subsidiary of Martifer SGPS, has unveiled a new pipeline of 100 MW of solar PV projects in development

−  Martifer Solar has completed the largest PV cluster built to date for the UK’s leading solar energy generator, Lightsource Renewable Energy −  The company totals almost 110 MW of solar PV projects installed in one year in the UK, including the successful sale of a total of 37 MW to date, fully-developed and commissioned by Martifer Solar −  The achievement poses a step forward for the company as a lead Developer in the UKMartifer Solar, a subsidiary of Martifer SGPS, successfully connected 78.4 MWp to the UK grid before the March 31st 1.6 ROC (Renewable Obligation Certificate)

− The delivery of this 78.4 MWp cluster strengthens the established partnership between Martifer Solar and Lightsource Renewable Energy, the UK’s largest solar energy generator − Martifer Solar continues its active development in the UK market with a healthy pipeline of projects to be ready to build throughout 2014 and early 2015 − The 78.4 MWp portfolio is the largest utility-scale project being constructed to date in the UKMartifer Solar, a subsidiary of Martifer SGPS, is building a 78.4 MWp portfolio of photovoltaic plants in the United Kingdom. The utility-scale combined capacity

Martifer Solar develops 50 MW of PV plants in the UK

Martifer Solar completes a utility scale solar PV plant cluster in the UK with a total capacity of 28.1 MWp 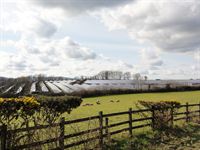 · To date, it is one of the largest utility scale solar PV clusters commissioned in the United Kingdom, located in the south-west region. · Martifer Solar undertook the Development of this solar PV plant cluster, from the Greenfield development to construction, connection and operation & maintenance. · These projects have been sold to the UK’s largest solar energy generator, Lightsource Renewable Energy.Martifer Solar , a subsidiary of Martifer SGPS, developed a cluster of utility scale photovoltaic plants totaling 28.1 MWp in the United Kingdom. 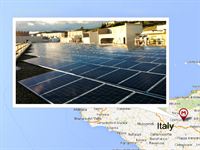 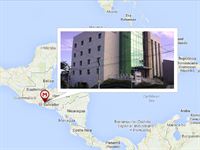 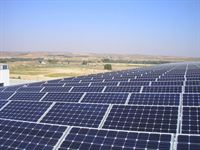