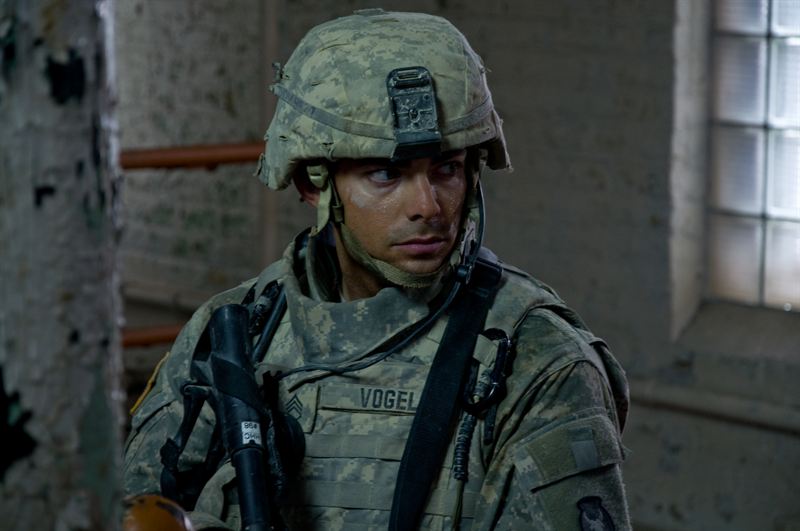 MEMORIAL DAY - FEATURE FILMwww.memorialdayfilm.com LOGLINE // MEMORIAL DAY When 13-year-old Kyle Vogel discovers his grandfather's World War II footlocker on Memorial Day, the two strike a deal: Kyle can pick any three objects inside, and Grandpa Bud (James Cromwell / THE ARTIST, BABE) will tell him the stories behind each one. As we flash back to Bud’s WWII experiences, we also flash forward to Kyle’s future as a soldier in Iraq, where he experiences friendships, losses and moral dilemmas that parallel his grandfather’s—and bring new meaning to that day on the porch. SYNOPSIS // MEMORIAL DAY When SSgt. Kyle Vogel leaves a handwritten letter on the seat of his car, grabs a pistol and steps into a Minnesota forest, we wonder who he is and what he’s about to do. Flash back a few months as Vogel lies wounded in a hospital near Anbar Province, Iraq. The night before he’s due to return to combat, his doctor, Lt. Kelly Tripp, presses him on why he’s so obsessed with collecting battle souvenirs. Kyle proceeds to tell her what happened on Memorial Day, 1993, when, as a 13-year old boy, he discovered his Grandpa Bud’s WWII footlocker. Though reluctant to talk about the war, Bud, who served with the 82nd Airborne, strikes a deal with Kyle: “Pick any three objects, and I’ll tell you the story behind each one.” As we see Bud’s WWII tales from Europe, we also see how Kyle’s experiences in Iraq have paralleled them—and how that day on the porch will affect how he ultimately deals with the losses, regrets and moral dilemmas that unite all soldiers across wars and generations.