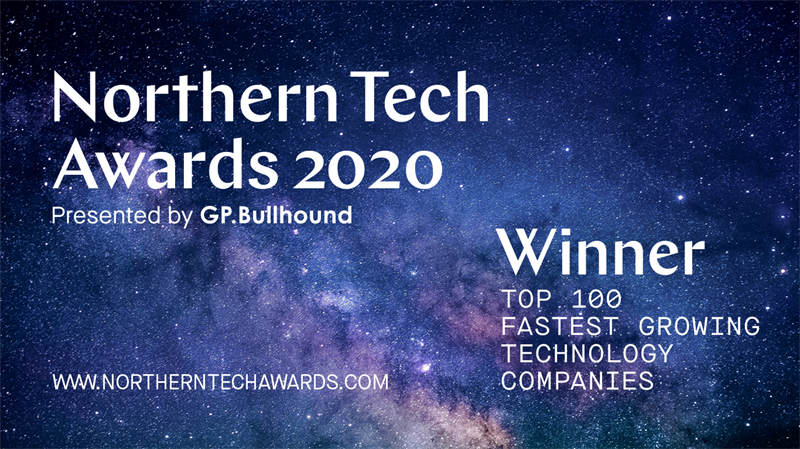 Miss Group was announced as the fastest growing tech company at the Northern Tech Awards 2020 on 27th May. Presented by GP Bullhound, this virtual event was attended by hundreds of entrepreneurs, investors and business leaders from the global tech community.

Mattias Kaneteg, founder and CEO of Miss Group, accepted the award from Edie Lush, an international technology journalist and author, who highlighted the + 200% revenue growth reported by Miss Group between 2017 and 2019.

The audience heard that this had been achieved through both organic growth and acquisitions, and with financing provided by both HSBC and BGF. Mattias also noted that Perwyn private equity had recently acquired a majority position in Miss Group to support the further growth ambitions of the business through international expansion and ongoing M&A. The most recent acquisition of a Finnish web hosting business, Euronic, was the first under Perwyn’s ownership, but the tenth acquisition completed by Miss Group in the last two years.

About Northern Tech Awards
Organised by GP Bullhound since 2014, the Awards provide a unique way of celebrating the innovative technologies and businesses developed in the region and recognise those who have contributed to their success.