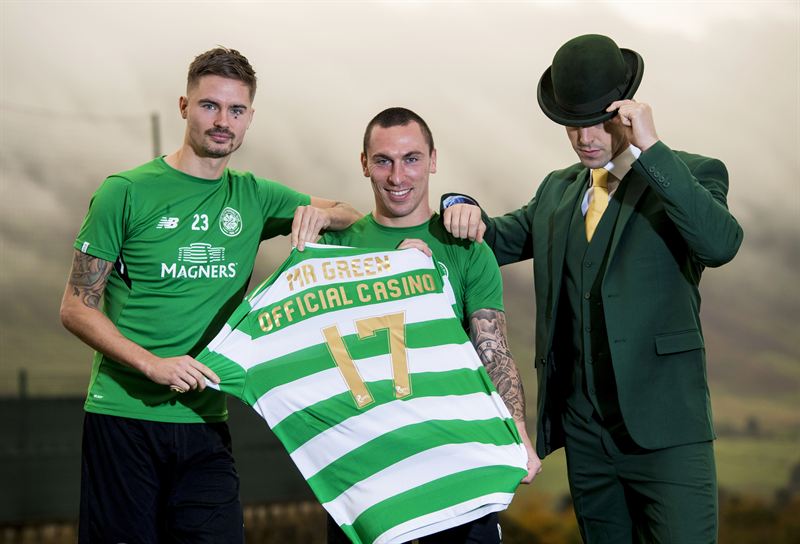 In one of the most exciting aspects of the partnership, Mr Green will develop an exclusive Celtic branded slot game which will feature current superstars and club legends, ready for release in early 2018. Mr Green customers will also get the chance to win VIP experiences at the Lennoxtown training ground as well as tickets to Celtic games throughout the 2017/18 season.

The deal will be Mr Green’s first partnership in Scotland, after successful relationships with Wigan Athletic and Bohemian FC. Mr Green will be present at the Celtic games through pitch side LED screens as well as through digital inventory in the Celtic mobile and desktop sites.

“We are very pleased to be partnering with Mr Green. We are certain both parties will enjoy a highly successful association with Celtic fans, both at the stadium and around the UK, benefiting from the partnership.”

Celtic finished last season unbeaten in 47 league and cup games with the team widely known as ‘The Invincibles’. The team went on to win the domestic treble including the Scottish Premiership, Scottish Cup and Scottish League Cup. It is also a special year for Celtic, celebrating 50 years since lifting the European trophy in Lisbon.

“We are very excited to be able to partner with such a prestigious club with one of the biggest and strongest fan bases in the world. We are impressed with the continuous high performance by the club and we believe that we have found the perfect club to partner with.”

The Celtic branded slot game is planned for release in early 2018 and will be exclusive to Mr Green.

MRG is a fast-growing, innovative iGaming Group with operations in 13 markets. MRG offers a superior experience in a Green Gaming environment. MRG was founded in 2007 and operates the iGaming sites Mr Green, Redbet, 11.lv, Winning Room, Bertil, MamaMiaBingo, and BingoSjov. The Group had a turnover of SEK 1,192.0 million in 2017 and has over 400 employees. MRG has gaming licenses in Denmark, Ireland, Italy, Latvia, Malta, Sweden and the UK. In January 2019 MRG was acquired by one of the world’s leading betting and gaming companies William Hill PLC. Read more at www.williamhillplc.com and www.mrggroup.com.