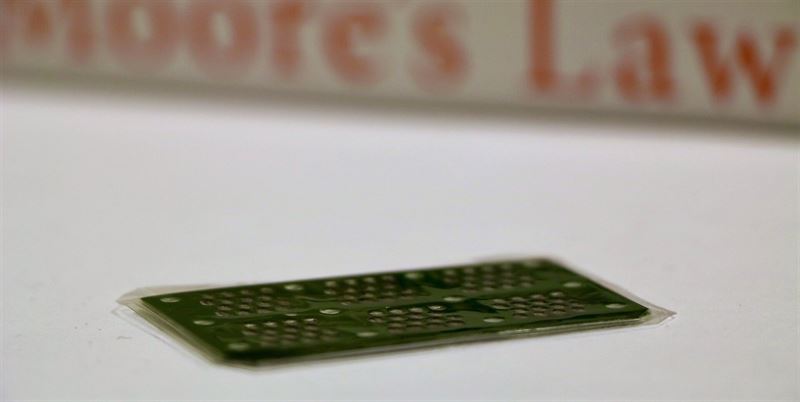 Swedish fuel cell company myFC says its technology has now reached a point in development where performance increases and cost decreases so fast that it is expected to be directly comparable to battery technology in only a few years. The comparison is made on battery-powered portable technology such as smartphones.


Mobile phones have had batteries as sole power source since the first models were launched just over 30 years ago. Fuel cell technology has been seen primarily as the green and cordless complement. However, according to myFC’s calculations development is now approaching the point where fuel cells, in terms of its properties, become a real, industrial alternative to batteries for mobile devices.

MyFC has studied three main characteristics: energy per volume (energy density), energy by weight (specific energy), and manufacturing cost. It is myFC's own fuel cell LAMINA and its associated fuel that underpins the analysis, along with current external industry estimates for battery development.*

"We estimate that our fuel cell LAMINA and its fuel will exceed lithium-ion batteries by latest 2020 in terms of energy per volume and weight. That means smartphones can become both thinner and lighter as we gradually replace the battery with fuel cells. We estimate that on top of this, we can significantly improve our technology further over the next 10-year period,” says Björn Westerholm, CEO of myFC.

"This means that smartphone manufacturers and other mobile device manufacturers will be able to offer even smaller, lighter and cheaper smartphones and other devices by gradually replacing the battery with our fuel cell. At the same time, we finally give consumers the freedom to charge their devices whenever and wherever they want, not only when they have access to a power outlet. This means that our devices will become fully mobile for the first time," says Björn Westerholm.

The comparisons are based on myFC's proprietary patented fuel cell technology and external industry reports on battery development.

This information is information that myFC is obliged to make public pursuant to the EU Market Abuse Regulation. The information was submitted for publication, through the agency of the contact person set out below, at 17:30 CET on 9 of January 2017.

MyFC, a Swedish innovation company and market leader in micro fuel cells, develops green energy solutions. Its JAQ Hybrid platform, which co-locates fuel cell and battery to charge smartphones and tablets, was launched in 2017. JAQ Hybrid is the company's third hydrogen-powered product following JAQ and PowerTrekk. It runs on the company's patented fuel consisting of salt, water and reactants. MyFC was founded in 2005 and is part of the group myFC Holding AB. MyFC Holding was listed on NASDAQ | First North in May 2014. Its head office is located in Stockholm and the company's Certified Advisor is Avanza Bank. For more information, visit www.myfcpower.com