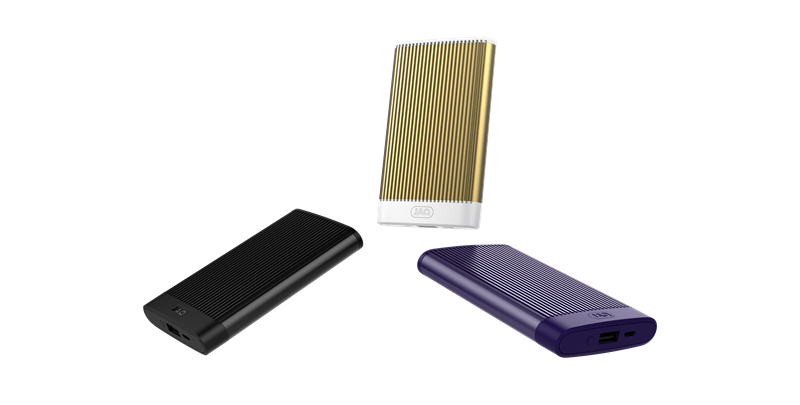 Swedish fuel cell company myFC is present at the world’s largest consumer technology show, CES. The company will showcase the world’s smallest fuel cell charger, JAQ Hybrid, as well as its development of a range extender for electric cars.

“Precisely a year ago, at CES 2017, we launched the world’s smallest fuel cell, LAMINA. Now we’re back with our first product on the LAMINA platform, JAQ Hybrid. The LAMINA cell is of course also at the heart of the range extender for electric cars we’re now developing,” says Björn Westerholm, CEO of myFC.

JAQ Hybrid is the world’s smallest fuel cell charger, able to both produce and store energy thanks to the coexistence of battery and fuel cell. It can be charged using myFC’s patented, green fuel, based on salt and water, as well as through a regular power outlet. Its promise is infinite power in your pocket, ending the experience of depleted smartphone batteries.

LAMINA Rex is a range extender for electric cars, currently under development by myFC. Built on the same LAMINA cell as the JAQ Hybrid, it may as much as double the range of a medium-sized electric car. MyFC aims to have a prototype of LAMINA Rex ready during 2018.

MyFC, a Swedish innovation company and market leader in micro fuel cells, develops green energy solutions. Its JAQ Hybrid platform, which co-locates fuel cell and battery to charge smartphones and tablets, was launched in 2017. JAQ Hybrid is the company's third hydrogen-powered product following JAQ and PowerTrekk. It runs on the company's patented fuel consisting of salt, water and reactants. MyFC was founded in 2005 and is part of the group myFC Holding AB. MyFC Holding was listed on NASDAQ | First North in May 2014. Its head office is located in Stockholm and the company's Certified Advisor is Avanza Bank. For more information, visit www.myfcpower.com