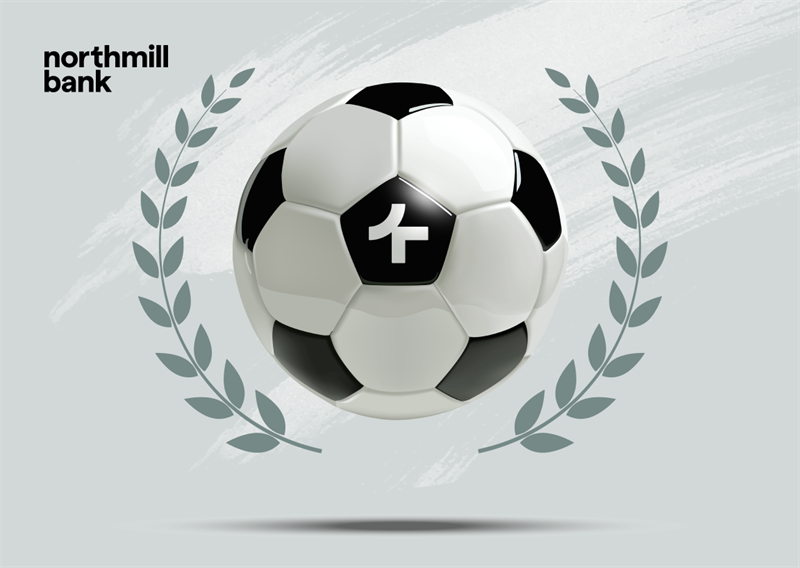 Stockholm, 8 March 2021: The neobank Northmill, which has the vision to improve financial life, launches a major initiative to support grassroots sports in Sweden, focusing on women’s football from Division 1 to 5. More than 30 clubs spread across the country are included in this initiative called Power of We - with the aim to form a grassroots movement encouraging physical education and health, as well as supporting clubs in a way that truly makes a difference.

The ongoing pandemic has hit many people and companies hard. Many associations are also going through challenging times, including sports clubs that fulfill a very important function in society. Therefore, Northmill Bank launches the initiative Power of We.

Simon Nilsson, Chief Commercial Officer at Northmill Bank, comments.
“Clubs and associations on this level are a fantastic, strong force in Swedish society. They contribute to creating a social community, strengthening physical and mental health, integration and offer a much broader culture for the local society. We want to support all of this, and that is why we are launching this initiative. Indeed, it feels very natural to choose women’s football from Division 1 to 5 as a start, and the response from the clubs has been amazing!”

It is well-known and debated that women’s football hardly receives the same attention and possibilities as men’s football. On a local level, a lot of good initiatives have already been taken in order to change that. Northmill believes that Power of We will be a contributing driver to accelerate that development in the right direction.

Simon Nilsson comments
"Rather than spending time, money and energy on supporting big and well-known men’s teams, which many companies do, we want to go against the stream and do the opposite. In the same way that we are building our bank - by listening to people, by being long-term, by having a sense of people’s everyday lives - we want to give support where we know it makes a real difference."

Northmill Bank believes that the initiative will be the beginning of something much bigger. The neobank’s vision is to improve people’s financial life, which creates a lot of possibilities to expand the commitment even further, according to Simon Nilsson.

“This is an initiative that we want to develop further together with the clubs. Exactly what the next steps look like are not yet decided. Currently, we are listening to the clubs and we are trying to understand how we could take the partnership to the next level. For example, if a club helps someone to have better financial health, we can support the club with additional funds. Another possible step is a national tournament for the member clubs when the pandemic is over. The potential is huge, and the clubs have already started to share a number of ideas that are very exciting. Right now, we hope that everything goes well with the vaccination and that the necessary recommendations of the Public Health Agency are not too long-lasting, in order for us to enjoy the season premiere!”