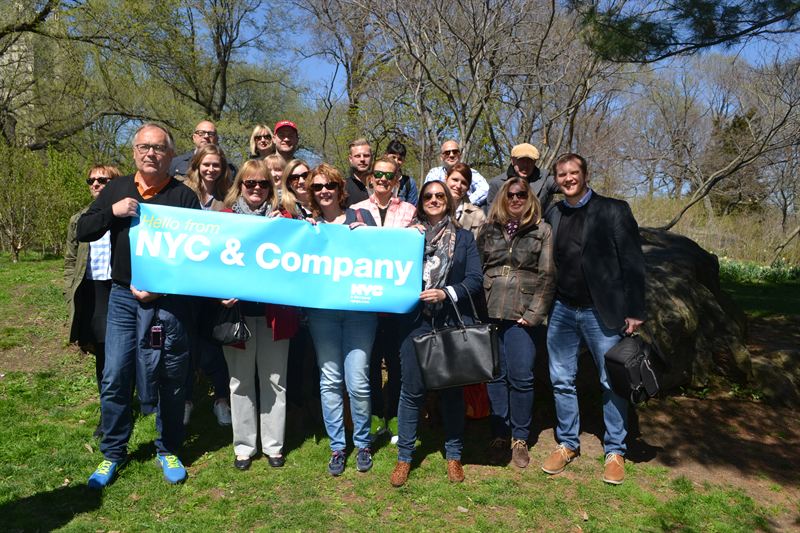 “New York City welcomed approximately 6.1 million meeting and convention delegates in 2014, up from 5.9 million the previous year,” commented Fred Dixon, CEO & President of NYC & Company. “The MICE sector is a vital contributor to New York City’s tourism economy and continuing the growth out of key European markets is a top priority for us.”

“Holding a meeting or event in New York City has the power to drive record attendance,” added Jerry Cito, Senior Vice President, Convention Development, at NYC & Company. “There are constantly new developments to showcase across all five boroughs and we’re delighted these European buyers were able to experience first-hand how the city excites and inspires everyone from first-time to regular delegate visitors.”

Clients including Imagination Ltd, George P Johnson, Trinity Event Solutions and WRG Live from the UK; MCI Germany and Realize Events from Germany; Ormes and FC2 Events from France; BokningsBolaget and Tailor Events from Sweden and GI Travel and Uniglobe Total Travel from the Netherlands were led on a four day exploration of New York City, showcasing the city’s iconic aspects as well as its most recently added event venues, meeting spaces and incentive activities.

NYC & Company’s conventions team created a welcome reception for the group at Bar SixtyFive, part of the Rainbow Room within the Rockefeller Center, which reopened as an event and dining venue in October 2014. Local DMCs then designed bespoke daily programmes for the participants, showcasing a variety of neighbourhoods across the five boroughs.

Highlights of the programme included a behind the scenes tour of Grand Central Terminal, a gospel experience in Harlem and a preview of One World Observatory, which will open to the public on 29th May 2015 and offers expansive event space for private hire. The group also undertook site inspections at hotels across the city to demonstrate the range of accommodation available at all budget levels.

NYC & Company is the official marketing, tourism and partnership organisation for the City of New York, dedicated to maximising travel and tourism opportunities throughout the five boroughs. As official convention bureau, NYC & Company offers event planners an impartial, complimentary and flexible service to assist in fulfilling the guidelines and objectives for any brief.

About NYC & Company:
NYC & Company is the official marketing, tourism and partnership organization for the City of New York, dedicated to maximizing travel and tourism opportunities throughout the five boroughs, building economic prosperity and spreading the positive image of New York City worldwide. For more information, visit nycgo.com