OKEA AS, the oil and gas production and development company focused on the Norwegian Continental Shelf (“OKEA”), is pleased to announce that it has completed the acquisition of a package of A/S Norske Shell’s interests on the NCS, as announced in June 2018. The acquisition includes a 44.56% share of the Draugen field (PL093), a 12.0% share of the Gjøa field (PL153) and the office building “Råket” in Kristiansund.

OKEA will assume operatorship of the Draugen field effective from 30 November 2018. As part of this transaction, 153 employees will transfer from Shell to OKEA.

OKEA’s CEO Erik Haugane, said:
“We are very pleased with the work that we have accomplished with Shell since the signing of the agreement on 20 June 2018. Thanks to our comprehensive and dedicated work together, we are able to close this transaction on schedule. This is the beginning of a new chapter for OKEA, as Operator of one of the most prestigious fields on the NCS.” About Seacrest Capital Group
Seacrest Capital Group is a leading independent energy investor specialising in offshore oil and gas investments, leveraging its proprietary assets, relationships and operational and technical capabilities to build a diversified, global portfolio of regionally focused oil and gas companies. Since 2010, Seacrest has invested in a number of upstream oil and gas companies in the United Kingdom, Norway, West Africa, Ireland, South East Asia and South America.

About Bangchak Corporation PCL
Bangchak Corporation Public Company Limited is a Thai energy company engaging in business alongside social and environmental stewardship. Its core business – petroleum refining – spans procurement of crude oil from domestic and overseas sources and refining it into various standard products. It also has businesses in renewables as well as petroleum exploration and production. 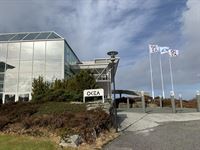