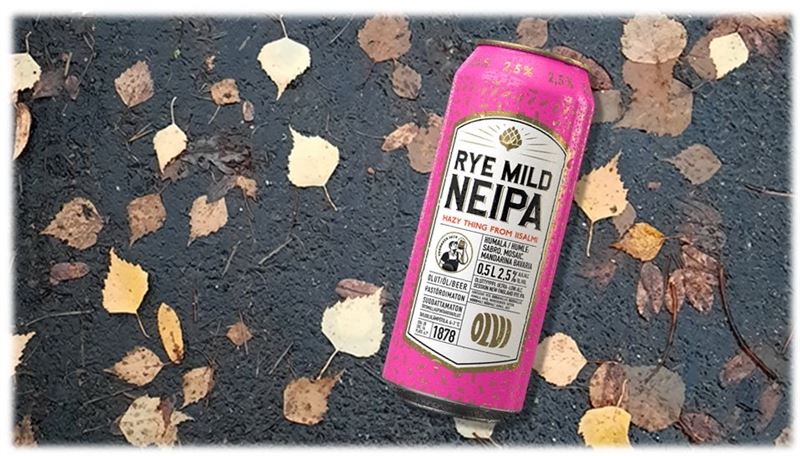 Olvi’s operating profit for fiscal year 2020 is expected to remain on the previous year’s good level or increase slightly.

Olvi Group’s business has developed well in the period under review. During the nine-month period, sales volume, net sales, and operating profit have improved in all of the main markets in Finland, the Baltic states and Belarus. Retail sales have continued on a strong track, on-trade and cross-border sales momentarily recovered to near-normal in July and August, and export sales have increased in Belarus and the Baltic states alike. Net sales have increased in all of Olvi Group’s operating countries except Belarus. Operating profit has improved by more than 10 percent since the beginning of the accounting period. Temporary cost-saving measures have balanced the operations and maintained good earnings performance. Good business development continued in the third quarter.

However, outlook for the rest of the year has changed from September onwards. The intensifying corona pandemic is shifting the focus of sales to retail outlets again. The outlook for on-board and harbour sales in Tallinn, and on-trade sales in general, has weakened. Sales channel restrictions may have a negative impact on average price, even though sales volume development is expected to continue thanks to a strong market position in retail sales. Cost-saving measures to the same extent as seen last spring are not considered justifiable from the business development viewpoint. So far, the corona situation has not impacted Olvi’s manufacturing operations, and the health situation among personnel has been good. Official recommendations for protection against the coronavirus have been observed across all of Olvi’s operations.

In Finland, Olvi’s sales volume in comparison with the previous year has increased every month since the beginning of this year. Sales volume, net sales and operating profit have clearly increased also in the third quarter. Delivery reliability has been good and increases in production capacity have enabled favourable sales development. Consumer demand balanced out between different sales channels during the summer season, and the average price normalised, which facilitated the development of net sales and operating profit. However, new corona restrictions effective in the autumn have deteriorated the outlook for cross-border and on-trade sales again. Consumer demand is expected to focus on retail sales for the rest of the year. Olvi’s market position in retail sales has remained strong.

In Estonia, business has been impacted by restrictions caused by the corona pandemic. Even though sales development started to recover in July and August thanks to more freedom of movement, new restrictions effective as of September rapidly impacted on-board and harbour sales as well as the on-trade market. Increased retail sales and exports have replaced the lost sales. Therefore, the sales volume and net sales for the entire period under review only fall slightly short of the previous year’s level. Declined September sales volume together with the level of costs returning to normal had a negative impact on third-quarter operating profit.

In Latvia, stronger domestic demand has increased the company’s sales volume by almost 9 percent in the third quarter. The sales increase focused on retail sales, but exports developed as well. Corona restrictions have still impacted the on-trade business where consumer demand has not recovered to the previous year’s level, not even in the summer season. The fact that sales have focused on retail has caused a decrease in average price and thus impacted the development of net sales and operating profit.

In Lithuania, strong business development has continued in the third quarter, with sales volume increasing by almost 18 percent and net sales by 17 percent. Domestic sales were boosted, among other things, by the recovery of on-trade sales in the summer season to almost the previous year’s level. Exports have also continued to develop well. Operating profit for the period under review has improved by more than 26 percent on the previous year.

In Belarus, business has developed well in spite of the prevailing political circumstances and the corona situation. Uncertainty has not affected the company’s day-to-day operations. Domestic demand has remained on a good level in the third quarter, with on-trade sales and exports increasing as well. The decline in net sales is attributable to deterioration of the exchange rate. Net sales in the local currency increased by 21.8 percent in the third quarter and by 9.9 percent in the entire period under review. In addition to good sales development, the third-quarter operating profit improvement was affected by cost savings, particularly in marketing. So far, the unstable political situation of the country has not had any substantial effect on the company’s business or consumer demand.

Seasonal nature of the operations

The Group’s business operations are characterised by seasonal variation. The net sales and operating profit from the reported geographical segments do not accumulate evenly but vary according to the time of the year and the characteristics of each season.

The Group’s net sales in January-September increased by 2.1 percent and amounted to 321.9 (315.1) million euro. Third-quarter net sales increased by 2.4 percent. For the entire period under review, substantial deterioration of the local currency in Belarus has impacted the development of commensurate net sales.

The Group’s operating profit in January-September stood at 49.5 (44.9) million euro, or 15.4 (14.3) percent of net sales. Operating profit in July-September stood at 21.5 (19.1) million euro, which was 18.5 (16.8) percent of net sales. From the beginning of the year, operating profit has improved by 10.3 percent on the previous year, and in the third quarter there was an improvement of 12.5 percent. Improved profitability is particularly attributable to increased net sales and the cost-saving measures that balanced the Group’s operations during the corona situation.

Earnings per share calculated from the profit belonging to parent company shareholders in January-September stood at 1.82 (1.69) euro, and the July-September figure was 0.87 (0.82) euro.

The Group’s cash flow from operations stood at 44.4 (51.5) million euro. The most substantial factor affecting the change in consolidated working capital is the parent company’s partial discontinuation of receivables factoring at the beginning of the year.

Olvi Group’s investments in extensions and replacements from January to September amounted to 25.2 (24.1) million euro. The companies in Finland accounted for 12.0 million euro, the Baltic subsidiaries for 7.2 million euro and Belarus for 6.0 million euro of the total. Olvi Group has invested in increasing and diversifying its production capacity, as well as the modernisation of production facilities.

Board of Directors and management

There have been no changes in Olvi plc’s Board of Directors or management during the review period.

Other events during the review period

There were no changes in Olvi’s holdings in subsidiaries in January-September 2020.

At the beginning of 2019, Olvi plc initiated a share-based incentive plan for key personnel, the performance period of which is from 1 February 2019 to 31 January 2021. Detailed information on the incentive plan is provided in Table 5, Section 4 of the tables attached to this interim report.

The shareholders of Olvi plc have received dividends for 2019 in two instalments; the first one was paid on 8 May 2020 and the second one on 8 September 2020. The cost of the dividend playout in September totalled 9.2 million euro. A total of 19.6 million euro has been paid out as dividends up to the end of the period under review.

Business risks and their management

The corona pandemic still has an impact on business operations through risks and predictability. Olvi has drafted a variety of scenarios and made preparations for responding to changing situations also if the crisis is prolonged, for example by preparing contingency plans concerning the availability of personnel and raw materials. So far, the availability of raw materials and the health situation among personnel have been good, and no production disruptions have taken place. However, prolongation of the corona pandemic or substantial numbers of personnel falling ill may impact the production process.

The unstable political situation and substantial weakening of the currency exchange rate bring more uncertainty to Belarus. So far, the situation in the country has not affected the company’s day-to-day operations, and consumer demand has remained normal.  A more detailed description of normal business-related risks is provided in the Board of Directors’ report and the notes to the financial statements, as well as in the Investors/Corporate Governance section of the company’s Web site.

Events after the review period

There have been no significant reportable events after the review period.

- Notes to the interim report, Table 5

*) Income taxes calculated from the profit for the review period.

NOTES TO THE INTERIM REPORT

The interim report has been prepared in accordance with IAS 34, applying the same accounting policies as for the financial statements of 31 December 2019.

In 2019, Olvi plc initiated a new share-based incentive plan for key personnel, the performance period of which is from 1 February 2019 to 31 January 2021. The prerequisite for receiving reward is that a key employee purchases the company’s Series A shares up to the maximum number determined by the Board of Directors and that employment or service continues upon reward payment. Rewards will be paid partly in the company’s Series A shares and partly in cash in 2021. The cash proportion is intended to cover taxes and tax-related costs arising from the rewards to the key employees. The plan is directed to approximately 60 people.

In accordance with the share-based incentive plan, Olvi plc sold a total of 36,450 treasury shares to the target group members in 2019 for a price of 1,179,330.37 euro. From January to September 2020, costs associated with the plan were recognised for a total of 1,063.8 thousand euro. Olvi Group does not have any other share-based plans or option plans.

On 8 April 2020, the General Meeting of Shareholders of Olvi plc decided to revoke any unused authorisations to acquire treasury shares and authorise the Board of Directors of Olvi plc to decide on the acquisition of the company’s own shares using distributable funds. The authorisation is valid for one year starting from the General Meeting and covers a maximum of 500,000 Series A shares.

During January-September 2020, Olvi has not received any flagging notices in accordance with Chapter 2, Section 10 of the Securities Markets Act.

In the summary of financial indicators (page 1), the Group presents figures directly derived from the consolidated income statement: net sales, operating profit and profit for the period, the corresponding percentages in proportion to net sales, as well as the earnings per share ratio. (Earnings per share = Profit belonging to parent company shareholders / Average number of shares during the period, adjusted for share issues.)

In addition to the consolidated financial statements prepared in accordance with IFRS, Olvi Group presents Alternative Performance Measures that describe the financial development of its business and provide a commensurate overall view of the company’s profitability, financial position and liquidity.

The Group has applied the ESMA (European Securities and Markets Authority) new guidelines on Alternative Performance Measures that entered into force on 3 July 2016 and defined APMs as described below.

As an APM supporting net sales, the Group presents sales volumes in millions of litres. Sales volume is an important indicator of the extent of operations generally used in the industry.

The definition of gross margin is operating profit plus depreciation and impairment.