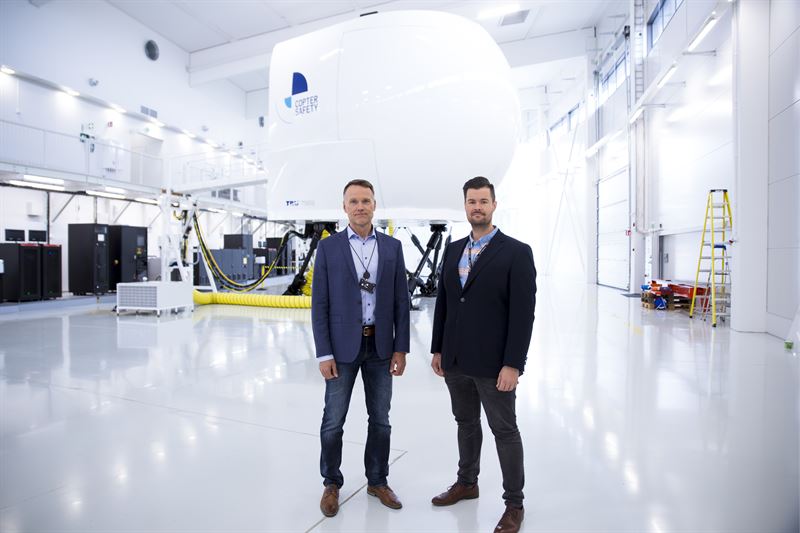 HELSINKI, FINLAND – Coptersafety has announced two new appointments. Juha Ahtola has been named Head of Quality and Safety and Mikko Kallio Head of Training and Development. The new appointments are effective immediately. Both Ahtola and Kallio will report to Mikko Dahlman, CEO, Coptersafety.

In his new position as Head of Quality and Safety Juha Ahtola will succeed Timo Honkavaara, who in turn has been promoted to Chief Operating Officer focusing on Coptersafety’s rapid growth. Ahtola will be responsible for all matters relating to the company’s safe operations, such as leading Coptersafety’s Safety Management System.

Ahtola has a long background in flight Quality and Safety operations. He has worked as a Technical Systems Instructor, CRM (crew resource management) Instructor, Emergency and Safety Instructor and later as Flight Safety Manager for the ATR-72 aircraft fleet at Finnair Group. In his latest position as an Airbus Captain at Finnair, Ahtola spent much time instructing Airbus pilots in simulators. For the past six years, Ahtola has also been consulting FinnHEMS, ensuring Safety and Quality of helicopter emergency medical services operations in Finland.

“With the latest simulator technology and the great team of professionals we have at Coptersafety, I am confident we will genuinely enhance the Safety and Quality of Helicopter Operations – not only at our company but all around the world,” Juha Ahtola says.

Mikko Kallio, newly appointed Head of Training and Development, will be responsible for both Coptersafety’s training organisation and development projects as a whole. He will also be directly responsible to the authorities for the company’s compliance with all EASA-FCL requirements. Kallio has already been working with Coptersafety as Head of Development and Test Pilot since May 2018.

“Due to my experiences both as a rotary-wing test pilot and as an airline pilot, I have gained much know-how and experience I now want to share – this gives me a great opportunity to further develop the training services at Coptersafety. There is much new simulator technology coming in to Coptersafety where my technical expertise also comes in handy,” Mikko Kallio says.

Kallio has graduated from Empire Test Pilots’ School with a Flight Test Diploma.