Paulig is participating in a research project in which renewable and recyclable material is being developed for the food industry to replace fossil plastic. The project, which has now progressed to the industrial testing phase, is led by VTT Technical Research Centre of Finland, which has developed Thermocell plastic film using cellulose and fatty acids. This development work supports Paulig’s objective of switching to using only recyclable packages that are made from renewable or recycled materials by 2030.

VTT has discovered that cellulose can be used as a bio-based alternative for oil-based, or fossil, plastic. The idea is to use Thermocell plastic material in ways similar to traditional plastic. As a result of the research efforts, the raw material was made thermoplastic, which is a requirement for using it in the food industry. In the project, Paulig, Arla Foods and packaging manufacturer Wipak are VTT’s partners in sharing their innovative development expertise in durable materials, testing and verifying the suitability of the material. The cooperation between VTT and the companies expedites the material’s entry to the market.

Aiming to become a sustainable frontrunner, Paulig has strongly invested in packaging development and introduced fibre-based packaging with a smaller carbon footprint, for instance. Paulig was the first company in the world to introduce to the market a vacuum coffee package made of renewable materials. In the end of last year, Paulig piloted wood-based raw material in its coffee packaging.

“We decided to participate in this VTT project to support material development so that the requirements of our products can also be considered in the early stages of the development work,” says Kati Randell, Strategic Packaging Development Manager at Paulig.

“Our aim is to prove that Thermocell film can be manufactured industrially using the same equipment as traditional plastic film and that its characteristics are suitable for the needs of the food industry. This is why Arla Foods, Paulig and Wipak have also participated in the research. Feedback from the partner companies has helped us pay attention to other characteristics that are important on the market and the packaging lines,” says Jarmo Ropponen, Research Team Leader at VTT.

Thermocell plastic is suitable for casting individual items, coating paper or cardboard as well as for 3D printing.  Very thin and  durable films which ensure food safety are preferred in food packaging. Thermocell has already proven to be excellent protection against water vapour, and no components are transferred from the film to foodstuffs. Thermocell film can also be heat-sealed in packaging manufacturers’ equipment.

A remarkable achievement in Thermocell’s development is the thinness of the film. As the product trials have progressed, the film has become smoother and thinner, and is now only 100 micrometres. In order to make the material competitive with thin plastic films, it must be thinned down even further. The aim is also to improve its strength and protective qualities.

Paulig’s Kati Randell thinks that Thermocell is a promising material, but the project still has some challenges to overcome before it concludes in May 2021.

“In the coming years, Paulig’s packaging development will focus on recyclability. Thermocell can be melted and reshaped at least five times without any significant effect on its characteristics. However, its recycling would still require a separate sorting stream”

“Once the research group can adjust the traditional film applications to suit the needs of packagers, the focus of the development will shift to practical recycling concepts. The aim is to create a raw material that matches existing waste collection and recycling systems,” says Ropponen.

About Paulig
Paulig is a family-owned food and beverage company, growing a new, sustainable food culture – one that is good for both people and the planet. Paulig provides all things tasty; coffees and beverages, Tex Mex and spices, snacks and plant-based choices. The company's brands are Paulig, Santa Maria, Risenta, Gold&Green and Poco Loco. Paulig’s sales amounted to EUR 921 million in 2019. The company has over 2,000 passionate employees in 13 different countries working around the purpose For a life full of flavour.
www.pauliggroup.com 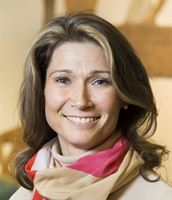