Will there still be coffee in 2080? Climate change is the biggest threat to the supply of coffee

The availability of high-quality coffee crops is under threat and this threat is climate change: for example, extreme weather conditions have a severe impact on the delicate coffee plant. Paulig emphasises the importance of collaboration between different actors in order to stop and adapt to global warming. Action needs to be taken by governments, companies, coffee growers as well as consumers. 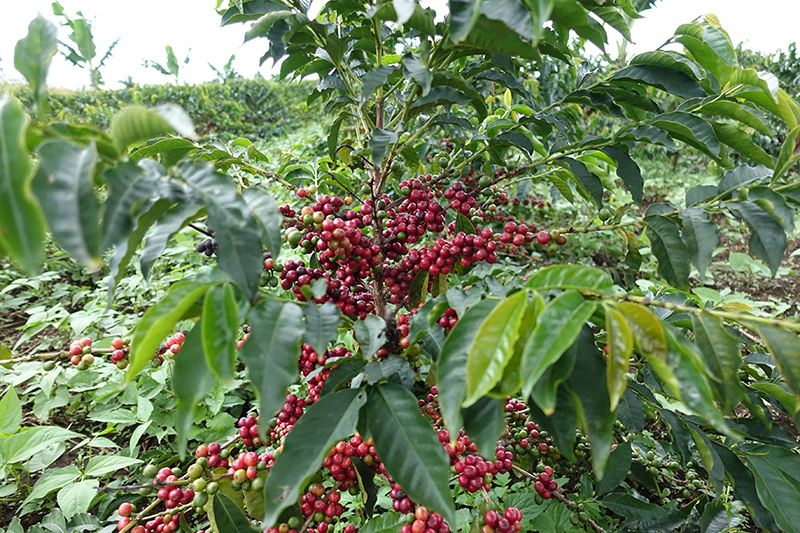 Paulig has made a commitment to reduce its climate impact by 40 per cent by the end of 2020.

“It is quite possible that by 2080 coffee will have become a rare treat for a lucky few. The biggest threat to the supply of coffee is climate change, but fortunately there is still a lot that can be done. However, the climate effort must involve everyone – governments, companies, coffee growers as well as consumers,” says Elisa Markula, Head of Coffee Division, Paulig Group.

Arabica, the most popular coffee variety in Finland, is also the most difficult one to grow. In particular, the sensitive arabica variety does not tolerate heat and thrives on mountains at an altitude of 1,500–2,000 metres above sea level, where there is an optimum amount of precipitation and the temperature remains between 15 and 25 degrees Celsius. Arabica requires rain before flowering, and it does not survive frost or high winds. The rising temperatures also make it easier for pests and plant diseases to thrive.

“We pay regular visits to coffee growing regions and have witnessed with our own eyes how serious the question of climate change is. The areas display typical problems associated with climate change, such as erosion, landslides and a drop in the groundwater level. If the average temperature rises permanently, the conditions suitable for coffee cultivation will exist even further up the mountains, thus shrinking the area suitable for cultivation. In many countries, such as El Salvador, Nicaragua and Honduras, it is simply not possible to move the coffee fields any higher.”

The future of coffee growing as a livelihood is uncertain

Climate change will have an impact on not only the consumption of coffee but the livelihoods of more than 25 million farmers.

“If the 2–2.5-degree increase in the world’s average temperature happens, the area suitable for growing arabica coffee will decrease by 50 per cent by 2050. The prospects for arabica coffee in terms of its supply and its role as a source of income in 2080 look fairly dismal,” says Markula referring to a report  that was published by The Climate Institute in Australia in October.

The rise in temperature makes the coffee beans ripen more quickly, which lowers the quality of the coffee. Owing to its limited availability, arabica coffee may become a luxury commodity that only very few can afford.

According to Paulig, it is time to move on from words to action to reduce the amount of carbon dioxide emissions. The Paris Agreement, ratified by Finland and nearly 200 other countries, is a step in the right direction. Coffee enterprises are working together and the Coffee and Climate project aims at enabling coffee farmers to better respond to climate change. This unique collaboration is based on sharing scientific information and best growing practices openly across boundaries.

¬“The Coffee and Climate Project has made a genuine difference in the key coffee producing regions. It has brought growers together, demonstrated various solutions on test farms and distributed practical information based on the train-the-trainer concept. A new, ambitious phase has just been launched in the project to directly reach 70,000 growers by 2019. The experiences gained will be recorded in a public database, enabling the entire coffee industry to benefit from them.These measures will have a positive environmental impact in the coffee producing countries as the growers learn, for example, how to save water, prevent soil erosion and reduce the amount of pesticides that they use. The adjustment measures are also significant for farmers in terms of securing better yields and therefore higher income,” Markula says.

Paulig has made a commitment to reduce its climate impact by 40 per cent by the end of 2020. At Vuosaari and Paulig Kulma, Paulig’s coffee is already roasted using the clean fuel biogas. By the end of this year, the share of renewable energy used at the Vuosaari roastery will reach 100 per cent. The Vuosaari roastery produces no landfill waste and our target is zero wastage.

“In our climate work we employ a long-term approach and benefit from cooperation. In Finland we have unique social tools to help us achieve the UN's sustainable development goals. These include society commitments and energy efficiency programmes, in which Paulig is actively involved to ensure a brighter future for coffee.

A large part of coffee’s carbon footprint is actually created by consumers. Changing your everyday choices and habits do make a difference. Small but important climate actions that can be taken in your own kitchen are promptly switching off the coffee maker and only making the amount of coffee you need so as not to waste it. Coffee grounds are disposed of as biodegradable waste and the empty packaging should be taken to the take-back points provided by Finnish Packaging Recycling RINKI Ltd.

This coming Saturday, Paulig will again participate in the WWF Earth Hour climate event. Paulig’s roasteries in Finland and Russia will join the campaign by switching off all unnecessary lights on Saturday 25 March between 8.30 and 9.30 p.m.

At Paulig Group, we are united in the quest of Exploring Great Taste. We are a family-owned, international enterprise in the food industry and noted for our high-quality brands and services. Our key divisions are Coffee, World Foods & Flavouring, Snack Food and Naturally Healthy Food, and our strong brands include Paulig, Santa Maria and Risenta. The Group has about 1,900 employees in 13 countries and the net sales for 2015 were 905 million euros. www.pauliggroup.com

Paulig Group’s Coffee division is the market leader in Finland and the Baltic countries, and in Russia it is the second-biggest supplier of roasted coffee. Paulig supplies its products and services to the retail trade, the HoReCa sector and workplaces through the Paulig Professional business unit. In Finland, Paulig's best-known brand products include Juhla Mokka, Presidentti, Paulig Brazil and Paulig Mundo as well as the coffee beverage Paulig Frezza and the drinking chocolate beverage Paulig Tazza. The most popular products in the Russian and Baltic markets are the Presidentti and Paulig Classic coffees and Paulig espresso products. The company's coffee roasteries are located in the Vuosaari district of Helsinki in Finland and in Tver, Russia. The Vuosaari roastery produces about 100 million packets of coffee, or about 45 million kilos of coffee, each year. www.paulig.fi