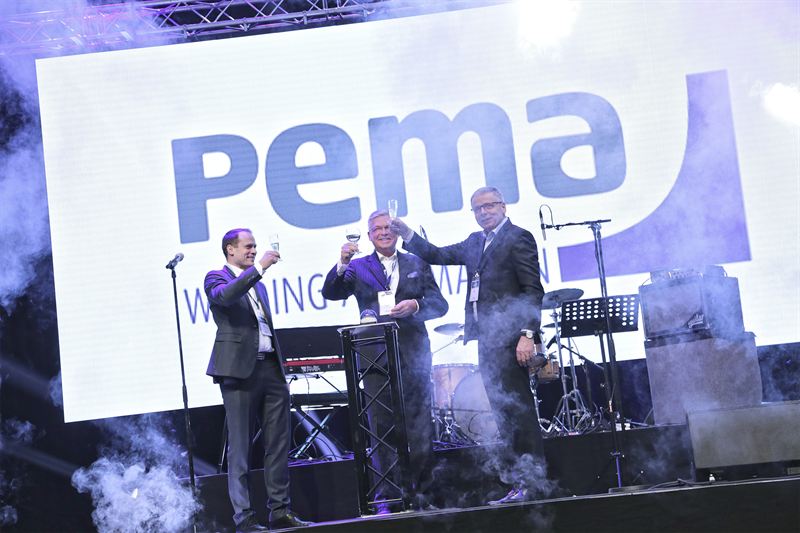 On the 20th of April Pemamek officially inaugurated the newly finished factory expansion. During the day, Pemamek hosted an international Future Competitiveness and Growth seminar (FCAG) for 80 decision-makers representing shipbuilding and wind power industries, among others.

-We met a lot of potential customers who had known about us but who had never actually visited in our factory. We find it important that people come and visit us, because you really need to see our equipment and know-how with your own eyes, Jaakko Heikonen said.

After presentations, the day continued with a guided tour in Pemamek’s new factory and Grand Opening evening event.

FCAG seminar was followed by the official Grand Opening of Pemamek’s new factory expansion. The factory was officially opened by the CEO of Technology Industries of Finland, Jorma Turunen. Also, Olavi Ala-Nissilä, Member of the Finnish Parliament, brought greetings from the Prime Minister of Finland.

-When Pemamek grows, other companies and the entire community around it benefits as well. Finland’s economy can grow only when such export-oriented companies flourish, Jorma Turunen summarized.

The opening ceremonies were followed by live-music from Maria Lund & Trio, PAM! feat. Ella, as well as an acrobat show by artists of Cirque de Soleil and Art Teatro.

The FCAG seminar and Grand Opening were a success. Together the events hosted over 230 guests from 14 different countries, such as Germany, France, Italy and the United States.