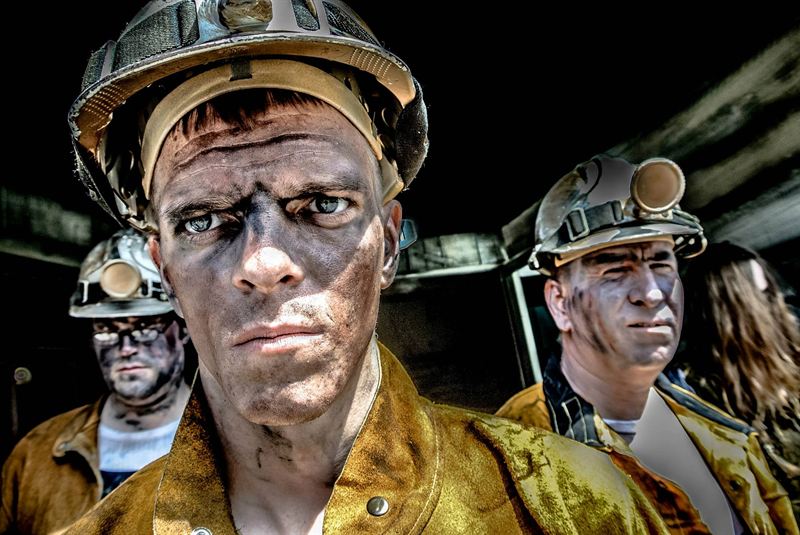 Luton, 26 June 2013. Pixels, a European integrator and distributor of digital media players and AV systems, today announced that it has adapted twelve BrightSign solid state digital signage players to control the special effects as well as play back HD video at one of the UK’s scariest theme park rides. HoBs PiT at Pleasurewood Hills, Lowestoft is one of only two UK rides to be given a 12A advisory rating by the British Board of Film Classification (BBFC). The £500,000 scare ride was officially launched on 2 June 2013.

Created by award-winning illusionist Sean Alexander with the help of Hollywood Special Effects Artist, Rob Ostir, the £500,000 dark ride takes place in an abandoned mine. Sean Alexander wrote the script and specified the effects, which are triggered by guests as they proceed through the attraction. The attraction incorporates a ride element and a walk-through section. Brave guests will experience a host of visual and voice effects complemented by scenes played in HD video on LCD screens, holograms and physical effects such as rattling doors, opening and closing a hatch and raising and lowering a corpse.

“Following detailed online research, I contacted Norman Garland at Pixels,” said Sean Alexander, a consultant to Pleasurewood Hills, whose Grand Illusion show features at the park. “Norman confirmed that compact BrightSign players could not only offer every effect that we sought, but could do much more. Making an attraction like this really work for the audience relies on split-second co-ordination. Each effect has to happen at exactly the right moment, and when it starts, the video playback, holographic projection and physical effects need to be totally in synch – otherwise the impact is lost. Norman and his team at Pixels did an outstanding job programming the players to achieve precisely what we needed, avoiding the need for expensive control systems.”

Norman Garland, Managing Director or Pixels, added, “HoBs PiT is a project that really played to our strengths, which is to add value to a digital signage player installation. Using BrightScript, we programmed the BrightSign players to replay HD video in response to triggers from sensors in the ride, and to control pneumatic valves and rams, lighting and motors for the special effects. Control was achieved through the GPIO port on the players.”

The new ride is part of the £3.5 million investment that Looping Group owners pledged to invest when they bought Pleasurewood two years ago. Alexis Camelin, General Manager of Pleasurewood Hills said: “This ride is unique to the UK, it’s the first ‘dark ride’ to combine a ‘walk through’ and ‘seated’ scare experience with lots to scream about along the journey through an old mine shaft”. He added: “The big question is, will you escape HoBs PiT”?

Pleasurewood Hills is a family theme park set within 59-acre (240,000 m2) of gorgeous woodland near Lowestoft, Suffolk. Its home to one of the scariest rides in the UK: HoBs PiT (Rated 12A by The BBFC) as well as the most extreme roller coaster in the region; Wipeout. Plus, with a dedicated 'Kiddies Zone' and our loveable characters; there's fun for all the family. Pleasurewood Hills is also home to three world-class shows including the world famous Sea Lion and Parrot Shows and the UK's biggest 'Grand Illusion' show with Britain's Got Talent star; Sean Alexander. The Theme Park is open for the main season between 29 March - 3 November 2013. Visit http://pleasurewoodhills.com/

Sean Alexander - ‘The Confusionist’ is one of the UK’s leading illusionists currently headlining in the UK's most spectacular grand illusion show. His energetic shows and TV appearances have won critical acclaim and thrilled audiences all over the world. A dedicated illusionist, Sean is driven by the need to amaze and bewilder audiences with innovative illusions, including intimate close-up magic, cabaret magic & mind reading, and Las Vegas style high concept ‘Grand Illusion’ shows. He is also an accomplished illusion and special effects creative consultant having worked on many projects in TV, theatre and theme park attractions bringing to the table his vast knowledge and skills in magic, illusion and theatre. Visit www.seanalexandermagic.com for further details

Pixels specialises in supplying HD and standard definition digital media players and visual display technology for the digital signage, professional AV, presentation, broadcast and information display markets. Pixels is an authorised distributor for BrightSign and has been supplying and supporting BrightSign’s products to the UK and European markets since 2009. For further details contact: Norman Garland: ngarland@pixels.uk.com  or visit www.pixels.uk.com. Call +44-1582-515253.

Photo caption: Pixels designed and supplied the special effects for  HoBs PiT at Pleasurewood Hills: rated 12A by the BBFC.