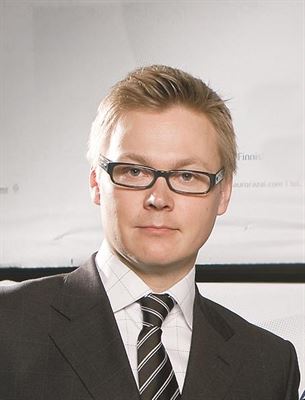 Board of Directors
The number of Board members was confirmed as six (6). Mammu Kaario, Ossi Saksman, Janne Vidgrén, Juha Vidgrén and Jukka Vidgrén were re-elected to the Board of Directors and Matti Kylävainio was elected as a new member. For more information on the Board members, please visit the Ponsse website http://www.ponsse.com/english/investors/corporate_info/board.php. The Board's period of office will last until the next AGM.

At a Board meeting held after the AGM, Juha Vidgrén was elected Chairman of the Board and Mammu Kaario was elected Vice Chairman.

Auditor
PricewaterhouseCoopers Oy were appointed as the company's auditors, with Sami Posti, Authorised Public Accountant, as the principal auditor. The AGM decided to pay the auditors a fee in accordance with a reasonable invoice presented to the company.

The Board may, pursuant to the authorisation, only decide upon the acquisition of treasury shares using the company’s unrestricted shareholders’ equity.

The authorisation is required for supporting the company’s growth strategy in the company's potential mergers and acquisitions or other arrangements. In addition, shares can be distributed to the company’s current shareholders, used for increasing shareholders’ ownership value by invalidating shares after their acquisition or used in personnel incentive systems. The authorisation includes the right of the Board to decide upon all other terms and conditions in the acquisition of treasury shares.

The authorisation is proposed to be valid until the next Annual General Meeting; however, no later than 30 June 2017. The previous authorisations are cancelled.

Authorisation of the Board of Directors to decide on share issues by assigning treasury shares
Annual General Meeting authorised the Board of Directors to decide on the assignment  of treasury shares held by the company for payment or without payment so that a maximum of 250,000 shares will be issued on the basis of the authorisation. The maximum amount corresponds to approximately 0.89% of the company’s total shares and votes.

The authorisation is proposed for use in supporting the Company’s growth strategy in the Company's potential corporate acquisitions or other arrangements. In addition, the shares can be issued to the Company’s current shareholders, sold through public trading or used in personnel incentive systems.

The authorisation is proposed to be valid until the next Annual General Meeting; however, no later than 30 June 2017. The previous authorisations are cancelled.

Profit bonus to personnel
The Annual General Meeting decided that the personnel employed by the Group will be paid a profit bonus from 2015 of no more than EUR 80 per person per working month over 2015.

Minutes of the meeting
The minutes of the AGM will be available for inspection by shareholders at the Ponsse Plc Customer Service Centre at Ponssentie 22, Vieremä, Finland, and on the company website http://www.ponsse.com/investors/annual-general-meeting as of 20 April 2016.

PONSSE PLC
Board of Directors

Ponsse Plc specialises in the sales, production, maintenance and technology of cut-to-length method forest machines and is driven by genuine interest in its customers and their business operations. Ponsse develops and manufactures sustainable and innovative harvesting solutions based on customers’ needs.

The company was established by forest machine entrepreneur Einari Vidgrén in 1970, and it has been a leader in timber harvesting solutions based on the cut-to-length method ever since. Ponsse is headquartered in Vieremä, Finland. The company’s shares are quoted on the NASDAQ OMX Nordic List. 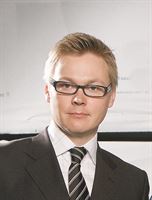