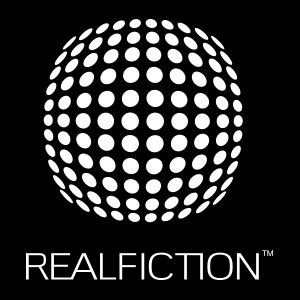 The correction refers to incorrect reference to EU Market Abuse Regulation in the original press release on 24 April 2019. The press release without the MAR reference follows below.

The Board of Directors of Realfiction resolved on 21 March 2019 to carry out a new share issue of approximately MSEK 17.5 with preferential right for existing shareholders.

The rights issue in brief

The Company has received pre-subscription commitment for SEK 11,464,970 amounting to 65.7% of the rights issue. The issue is also covered by renewed lock-up agreements, covering the two main shareholders, Ceranco Equity S.C.S. and Clape Holding A/S. Please refer to the Memorandum for further information.

The Company will host a presentation with live streaming and video filming on 29 April 2019, at 19:00 at Parken, in Denmark. For more information and sign-up details, please see this link.

“As can be seen in our Year-End Report and latest press release regarding “Q1-2019 growth”, we are seeing good progress, both in topline, margins and also in terms of operational cash-flows. By adding the funding from this new round, our business will be ready for further, significant acceleration in accordance with our previously announced STEP-UP-19 strategy. I am proud and pleased about the significant interest that we have seen already for this public issue and look very much forward to presenting our exciting investment case to the market”.

Background and reasons for the offering

The board of directors has decided to strengthen the Company’s financial position through a new share issue with a preferential right to subscribe to existing shareholders. The new share issue of approximately SEK 17.5 million will, in combination with conversion of bridge loans of approximately SEK 7 million to new share capital, be used to strengthen the balance sheet and to enable the previously announced STEP-UP-19 strategy to be fully funded. The Board of Directors and Realfiction’s executive management team considers the Offering to be a logical and important step in Realfiction’s continued development, which will enable the Company to pursue the many opportunities in the international market with force, predominantly MaaS for Retail and Expos. Also, the Company will be able to accelerate its ongoing investments in the very promising and ongoing technology Project Echo. Project Echo focuses on the development of a holographic technology that makes it possible for a group of people to experience and interact with holographic effects in open space, without any physical media or lens between them and the effects. This has historically been an unattainable vision for the industry that most people are only aware of from science fiction movies.

Sedermera Fondkommission is the Company's Certified Adviser and can be contacted via ca@sedermera.se or +46 40 615 14 10.

Founded in Denmark in 2008, Realfiction is a leading innovator and provider of Mixed Reality solutions and services, a market estimated to reach USD 80 billion by 2025. Realfiction continues to invent technologies within Mixed Reality, with an intention to disrupt the industry by pursuing the vision of converting science fiction into real fiction. Realfiction Holding AB’s share is publicly traded on Nasdaq Stockholm First North under the symbol “REALFI”. The share’s ISIN code is SE0009920994. 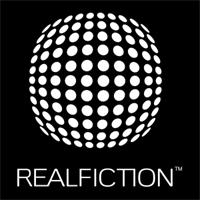