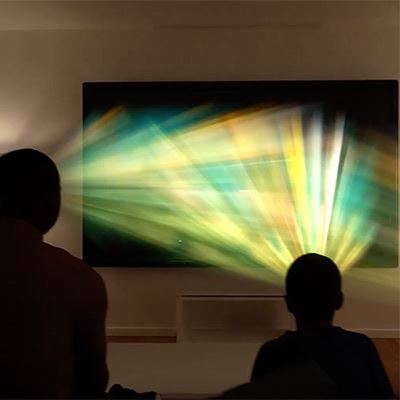 Following the development activities, supported by the 500,000 DKK Innobooster grant that we previously announced, we are happy to say that the first step of the development of the Project ECHO LCD beta-version has just been completed.

The result of this first step was a successful completion of a 15x15 cm LCD display beta-version, with a pixel density equaling a 27-inch Full High-definition screen, and with full color spectrum, showing a real-time generated and eye-tracked stereo 3D image for a single user. The LCD beta-version demonstrates the features and benefits of incorporating the ECHO technology into a flat screen display in a way that is in line with our expectation at this stage. The beta-version will undergo further development over the next few months to improve the overall performance, before showcasing it to flat screen industry players with the purpose of potentially licensing or selling the IP rights.

Clas Dyrholm, CEO of Realfiction comments
“The team deserves full credit for reaching this important goal within the planned timeline. I must say that even at this stage, experiencing the effect live is very magical. We will at the earliest possible date show the technology to the public, but at this point, and for the purpose of protecting our IP rights to the ECHO technology, we have been advised not to show the beta-version to the public. We are very excited about the future of immersive 3D, and the opportunity of changing the way we see images on flat screens“.

This information is information that Realfiction Holding AB is obliged to make public pursuant to the EU Market Abuse Regulation. The information was submitted for publication, through the agency of the contact person set out above, at 12.30 CET on 6 February 2020.

About the ECHO technology and the sales/licensing strategy
Realfiction has previously announced the completion of its Proof of Concept for its patent pending ECHO technology, and a grant from Innovation Fund Denmark to support the development of a beta-version. The vision of the ECHO technology is the dream of truly changing the world of 3D.

The ECHO pixel technology is capable of directing light from flat screen displays in different directions, allowing each individual viewer to not only see an image which is different from what others see, but also to experience full 3D depth in that image. The main differentiators between this technology and others in the market or currently under development are, that it does not require the use of glasses, that it is planned to become a multi-user system, that the resolution can be ultra-high and is not limited to any known standard, that the needed image processing is well within current standard equipment, and that it can be mass-produced at low cost.

To further explain the directional pixel technology, a video illustration can be viewed on the Realfiction website here.

The development in Project ECHO covers several different display technologies, with OLED being the preferable technology of the future for many reasons. Hence OLED is therefore the top priority in Project ECHO. However, since LCD is still the best-selling technology in the TV market, and because it is easier and less costly to develop LCD prototypes, the company is also developing an LCD beta-version under Project ECHO. The main purpose of the LCD beta-version is to be able to develop faster and more complete prototypes, thereby allowing us to better showcase the effect and capacity of our technology. But a secondary purpose is to address the currently larger LCD market, which could represent a fast-track towards revenue. One of the problems with LCD is, that the technology uses a lot more power than OLED, and the ECHO technology is able to save a majority of the power consumption in normal TV use cases. Realfiction estimates that the ECHO technology can reduce the power consumption of displays of the average type televisions by close to 80%. The estimated reduction adds up to 80 watt per hour resulting in huge savings of approximately USD 7.4bN, 1.34% of the electricity production equivalent of 56 TWh of electricity and 25 million tons of CO2 only in the United States. As a result, ECHO has the potential to significantly reduce the yearly household consumption of energy, thus adding to lower carbon emissions on a global scale and USD savings.

To obtain an understanding of ECHO’s position, Realfiction previously announced that novelty searches from both Budde Schou and the Danish Patent and Trademark Office were carried out. Neither Budde Schou nor the Danish Patent and Trademark Office found any known techniques which challenged the novelty of the ECHO technology. Furthermore, the patent attorney expressed that the technology holds the potential of cost-efficient mass production while maintaining the high angular precision and fast response times needed for a high quality, moving image 3D-experience.

Assuming Realfiction succeeds in developing this patent pending technology, the Company believes it could potentially set a new standard for home entertainment, how we experience TV shows, series and movies on our phones, tablets and TV’s, in comparison to the switch from black and white to color TV.

The objective is to manufacture new directional pixels to present a clear path towards commercial mass production of displays comprising millions of such directional pixels. In its final and fully commercial form, the technology and related content effects will be available at scale and at price points that enable consumer adoption (B2C). However, it is expected that the first working products will target certain industrial (B2B) applications with very specific requirements. Project ECHO represents a licensing opportunity to Realfiction, due to materialize gradually for different potential use-cases. 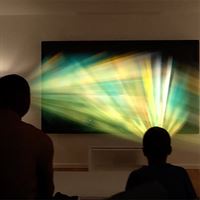