Rock of Eden was formed with one simple idea: love to give. Offering a mix of well-made contemporary jewelry and unique vintage finds, Rock of Eden has something to match every person’s style and budget. Rock of Eden is passionate about enjoying and sharing beautiful jewelry, and wants to bring back the love of giving. The company works with a number of charities and causes, and is always accepting new charity partnerships - local and global. www.rockofeden.com 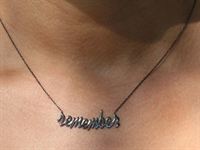 Rock of Eden, a California-based jewelry company, creates a charity necklace in hopes to keep the memory of the children and teachers lost in the Sandy Hook tragedy alive forever.NEWPORT BEACH, CA - On December 14, 2012, twenty children and six school staff members were lost in the tragic shooting at Sandy Hook Elementary School in Newtown, CT, which is now the second deadliest shooting in US history.  Rock of Eden , a jewelry company based out of Newport Beach, CA, wants to make sure the victims lost in this tragedy will be remembered, and that their families 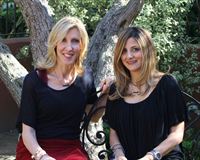