They Wrapped a What?

From the Wacky to the Sublime, Printed Wraps Are Not Just for Vehicles Any More 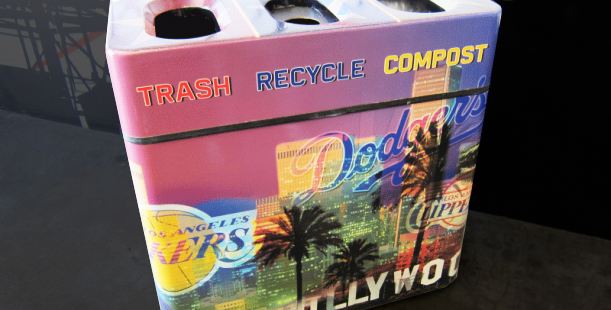 Just about everyone is familiar with vehicle wraps – those detailed, colorful car and truck graphics that grab your attention as you’re driving down the road. But vehicles aren’t the only types of objects being wrapped these days. Whether it’s for personalization or promotional reasons, people are paying to have all kinds of objects covered with eye-catching prints. This includes a growing number of items that range from the offbeat to the downright bizarre. The list of unusual wraps includes everything from musical instruments and kitchen appliances to toilet seats and coffins…yes coffins! You name it, and chances are people are wrapping it. Here are some prime examples:

Every year, Los Alamitos-based Iconography Studios wraps golf carts for use during ESPN’s Espy awards. That in itself is an unusual wrap application. But when ESPN asked Iconography Studios’ Sarah Naccarato to wrap trash and recycling receptacles for their Los Angeles office, she thought they were kidding.   “Initially, I thought it was some kind of joke, but as it turns out, that’s exactly what ESPN wanted,” said Naccarato. “They asked us to turn ordinary trash cans into works of art.” Iconography rose to the challenge and created seven completely wrapped receptacles for placement in and around the facility – each featuring a highly creative and colorful Hollywood/City of Angels theme. “We love to wrap odd objects, so we jumped at this opportunity,” said Naccarato. “While the purpose of a trash bin may not be glamorous, that doesn’t mean the bin itself can’t be!”

The Right to Wrap Arms

Iconography Studios has also taken on some out-of-the-norm wrap assignments for another one of their clients, Huntington Beach, Calif.-based Patriot Safes. “We all know that the right to bear arms is an American constitutional right,” notes Nacarrato. “But we also have the right to wrap them!”   Patriot Safes approached Iconography Studios and asked Nacarrato to design and install wraps for their products that would not only increase sales, but also reflect the values of gun owners. “We wrapped the doors of their high quality gun safes with patriotic images of the constitution, superimposed over the red, white and blue of ‘old glory,” recalled Nacarrato. Now, Patriot Safe owners can keep their arms secure and show their love of freedom and country at the same time.

Digital EFX wraps has built its reputation primarily on installing highly creative wraps on a wide variety of commercial and personal vehicles, but they’ve also wrapped some truly unconventional objects. “We actually had a client ask us to fully wrap a casket with Green Bay Packer graphics,” said Matt Richart, co-owner of Digital EFX Wraps. “Apparently, the deceased was a huge Packers fan, and his family thought it was only fitting for him to be put to rest in a coffin sporting his beloved NFL team’s colors.” With this in mind, Richart and his team wrapped the entire casket in yellow and green, making sure to include the distinctive “G” on the cover. “It looked more like a Packer’s locker than a coffin, but like the family members said, that’s just how this die-hard fan would have wanted it,” added Richart.

Richart has also wrapped a variety of appliances for manufacturers and individuals, giving traditional white washers, dryers and refrigerators complete digital graphic makeovers. According to Richart, there’s no reason these common household machines can’t be transformed into something visually attractive and exciting. “By incorporating the magic of wrap, we’re able to turn ordinary appliances into stunning conversation pieces,” he said. “Our advanced Roland wide-format digital printers allow us to create detailed wraps ranging from the subtle to the outrageous to suit the individual tastes and personalities of our clients.”

Monster Image started off in 2006 as a small digital printing company specializing in the creation of decals, banners and trade show graphics for a few local skateboard brands. They’ve grown significantly since then, with their customers now including beverage manufacturers, custom car builders and apparel companies. While Monster Image wraps plenty of cars, trucks and boats, they also venture into “offbeat” wrap territory occasionally. “I think the most unusual assignment we’ve taken on is wrapping an entire bathroom to create the illusion that you’re about to jump off a rocky Copper Canyon, Arizona cliff into a pool of pristine water 35 feet below,” noted Scotty Jensen, owner of Monster Image. According to Jensen, Monster Image wrapped the walls, the floor and the ceiling, blending more than 120 high-resolution photos taken from all different angles into one image to create a 360-degree experience. “It’s quite a thrill for anyone sitting on the throne,” he added. “You feel like you’re about to take the ultimate plunge.”

The Monster Image team has also wrapped a variety of musical instruments, ranging from drum sets to guitars. “These still fall with the ‘unusual’ category as far as wraps go, but we’re starting to receive more requests along these lines,” Jensen said. Most of the musical instruments Monster Image has wrapped belong to aspiring musicians that want to want to enhance the look of their instruments with images of their favorite rock star, or other types of detailed, colorful graphics. “The wrap I did for my son’s guitar features a design incorporating one of his favorite performers – Nikki Sixx of the band Mötley Crüe. “It may not help him play any better, but it definitely looks cool!”

Jaw-dropping vehicle graphics. Rocking musical instruments. Amazing kitchen appliances. Artful trash cans. Even bathrooms and personalized coffins. Nowadays, just about anything and everything is being wrapped. To learn more about things you can wrap, view stunning wrap images, or obtain information on the wide-format digital inkjets that print wrap graphics, visit www.RolandDGA.com/wraps.

These unique wraps have one thing in common – they were all produced by Roland wide-format digital printers. These days, wide-format printers are used to create graphics for everything from cars, trucks and boats, to buildings, billboards, movie sets and virtually anything the user can think of, like many of the unusual objects featured here. The knowledge and skills of the designer and wrap technician also come into play in producing a high quality wrap, not only during the planning and printing processes, but also during the installation which can be a highly technical job on both standard and unconventional surfaces.

For more information on Roland DGA and its products, call (800) 542-2307 or visit the Roland website at www.rolanddga.com. 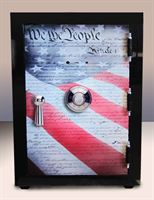 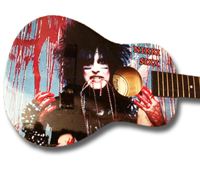