Match and Collect with The Hatchlings in Angry Birds Match 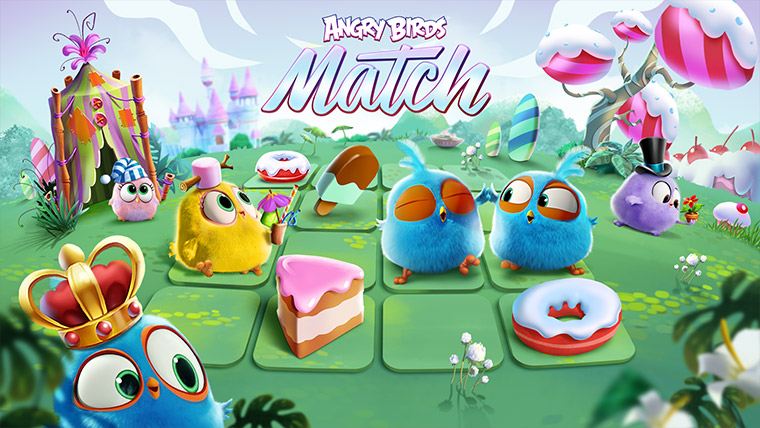 The Hatchlings, the runaway stars of the Angry Birds Movie, make their mobile gaming debut in Angry Birds Match, a whimsical spin on match 3 puzzle games with an emphasis on discovering all the adorable Hatchlings and dressing them up in the most stylish party outfits. Developed by Rovio’s internal Match Studio, Angry Birds Match sees Rovio’s tiniest birds in an all-new setting as you match, collect new outfits, and pop pigs along the way!

In Angry Birds Match, players will find the loveable Hatchlings on an idyllic island preparing for celebration and exploration. As fate would have it, the scheming piggies have their own disruptive plans for the Hatchlings’ party and have taken off with the little ones’ belongings! It’s up to you to match toys, stars, stuff and things through 1000+ levels across eight magical worlds to retrieve the Hatchlings’ stuff and keep those piggies away for good!

The Angry Birds - Red, Chuck and Bomb - also make an appearance to lend a feather and clear out swine interference and other obstacles for easier matching. With over 50 adorable Hatchlings to meet and dress up in stylish hats and clothes, Angry Birds Match features a wealth of content to keep players matching and collecting for days on end.

‘’We are very excited to launch Angry Birds Match, the game that all fans of Angry Birds and The Hatchlings have been waiting for,” noted Heini Kaihu, Head of Match Studio at Rovio Entertainment. ‘’Whimsical and joyful Angry Birds Match offers deeper and more engaging gameplay experience in the form of special events, that provide something fresh and exciting to do every day. Angry Birds Match is a great example of the next generation puzzle games we think the audience wants to play, and what Rovio’s Match studio is striving for.’’

Angry Birds Match is available now for free in the App Store and Google Play. Stay tuned for special events, updates and new content and more quality time with The Hatchlings!

Rovio Entertainment Ltd., based in Espoo, Finland, is the creator of Angry Birds, the casual mobile game that changed an industry and became an international phenomenon. Today Angry Birds is not only one of the most downloaded series of games of all time, it is a renowned entertainment brand that has branched out into animation, licensing and more. The Angry Birds Movie was released in May 2016 and the sequel for the animated blockbuster movie is planned to hit cinemas in 2019. www.rovio.com