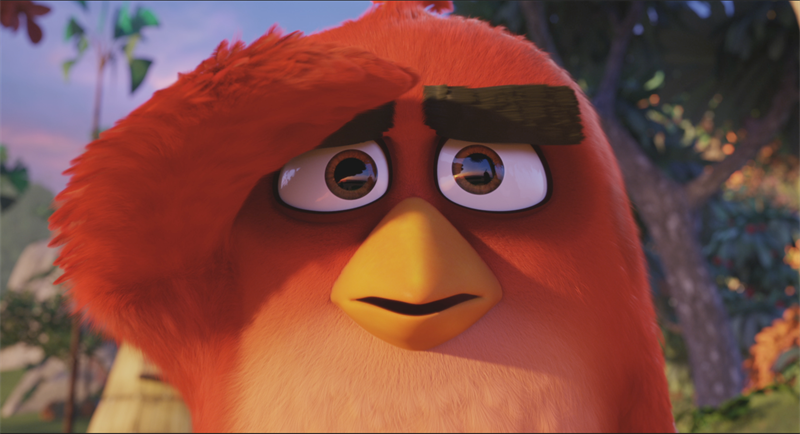 Incoming! A new, official trailer for The Angry Birds Movie, which opens in cinemas around the world in May, is now screening online and will be in movie theaters across the United States and Canada this weekend playing before Kung Fu Panda 3.

The new comedic trailer introduces us to Red, a bird with a temper problem, who must rally his fellow flightless birds to discover the true intentions of the pigs who have arrived on their island.

This latest release is hot on the heels of the initial teaser trailer unleashed last September and the Angry Birds Hatchlings holiday greeting released in December – which together have amassed more than 100 million views worldwide. The Hatchlings holiday video has the added distinction of being the best performing piece of Angry Birds content ever released on Facebook.

View the official trailer #2 for The Angry Birds Movie here.

About The Angry Birds Movie

The Angry Birds Movie will be released in theaters by Columbia Pictures globally in May 2016.

In the 3D animated comedy, we'll finally find out why the birds are so angry. The movie takes us to an island populated entirely by happy, flightless birds – or almost entirely. In this paradise, Red (Jason Sudeikis, We're the Millers, Horrible Bosses), a bird with a temper problem, speedy Chuck (Josh Gad in his first animated role since Frozen), and the volatile Bomb (Danny McBride, This Is the End, Eastbound and Down) have always been outsiders. But when the island is visited by mysterious green piggies, it’s up to these unlikely outcasts to figure out what the pigs are up to.

Rovio Entertainment Ltd. is a global entertainment media company. Headquartered in Finland and with studios across the world, Rovio is the creator of Angry Birds, the casual mobile game that changed an industry and became an international phenomenon. Today Angry Birds is not only the most downloaded game of all time, it is a renowned entertainment brand that has branched out into animation, books, licensing and more. The Angry Birds Movie is slated for release globally in May 2016. www.rovio.com