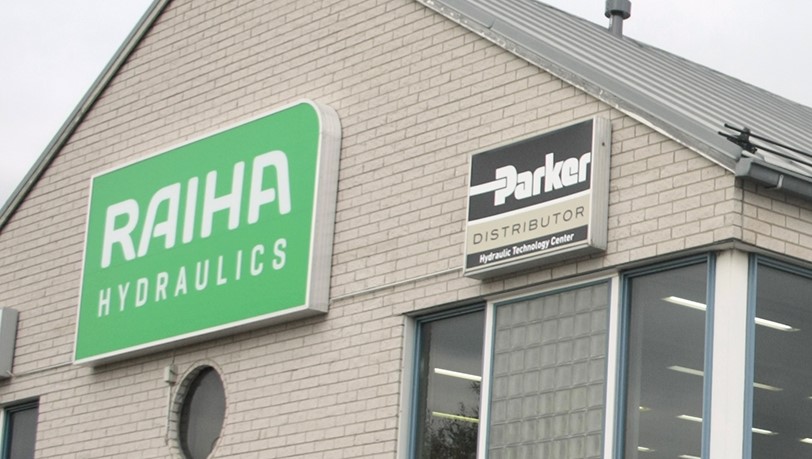 Being a part of Hollming Group, Raiha Hydraulics designs new hydraulic systems, maintains and supplies equipment for the maritime, metal, pulp and paper, chemical, and oil industries, and works with all types of hydraulic motors, pumps, and cylinders.

"Working with Raiha and Hollming gives us credibility among Russian clients and allows us to improve the quality of our services. During 24 years of my work in GS-Hydro, we have gathered a large database of customers for hydraulic systems, and orders are still coming. Therefore, we can be sure that the demand for Raiha products and services will be high. In addition, we have already built an experienced team of like-minded specialists that can promise uninterrupted work for our customers," said Vladimir Abramenko, director of Raiha Hydraulics Russia.

Hollming believes that the Raiha office in Russia, combined with the experience and expertise of GS-Hydro former employees, will expand the range of products and services offered, and will allow them to further increase the number of employees in Russia or even open additional branches in other regions.

"Hollming has been in close business relations with partners in Russia during the 70 year history of the company. Personally, I am happy to increase our presence in the market as my great grandfather, grandfather and father all worked with Russian counterparts successfully. Raiha Hydraulics Russia will serve largely the marine market where our group has a strong portfolio from engine room auxiliary systems to machinery components for propulsion systems." – Jouko Salo, CEO and President of Hollming group.

Hollming Group was founded in 1945 in Finland. It is a family company, which initially built ships as reparations to the Soviet Union after the Second World War. Later Hollming began the production of warships for the Defense Forces of Finland and engaged in commercial shipbuilding. At the same time, Hollming continued to build research vessels for the USSR Academy of Sciences and the Ministry of Defense.

Raiha Hydraulics was founded in 1973 in Finland. Raiha designs hydraulic systems, maintains and supplies equipment for the shipbuilding, pulp and paper, chemical, oil and process industries.

Raiha Hydraulics is part of the Hollming Group that produces equipment for the fuel and energy, heavy and manufacturing industries.