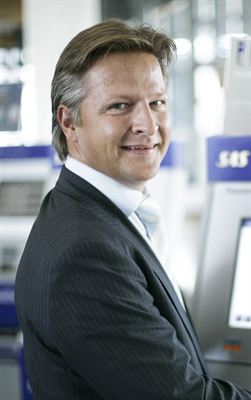 Claus Sonberg has been appointed the new Executive Vice President, Corporate Communications & Investor Relations of the SAS Group and a member of SAS Group Management.

Claus Sonberg is currently the Nordic Regional CEO at Burson-Marsteller, a leading PR consultancy company, and is based in Oslo.

He has held several different positions at the company since he joined in 1996. He was President of Norwegian operations between 2000 and 2005, and has been the Nordic Regional CEO since 2004. Prior to that, he worked as a journalist and press officer at TV2 in Norway.

Claus, who is Norwegian, has qualifications in political science from Oslo University, and journalism and international politics from Indiana University.

“I am looking forward to working together with all of my new colleagues at SAS and contributing to an even more customer-oriented service culture,” says Claus Sonberg.
“Open communication and productive cooperation with all employees and their representatives are the keys to attaining our goals. This will be our most important priority.”

Claus will assume his new position at SAS in the autumn of 2007.

Claus Sonberg is to replace Hans Ollongren, who has held the position since 2002. Hans Ollongren will assume a new position as advisor to the President and CEO of the SAS Group, Mats Jansson, and will be responsible for the Group’s international relations, contact with authorities and public affairs, including environmental issues.