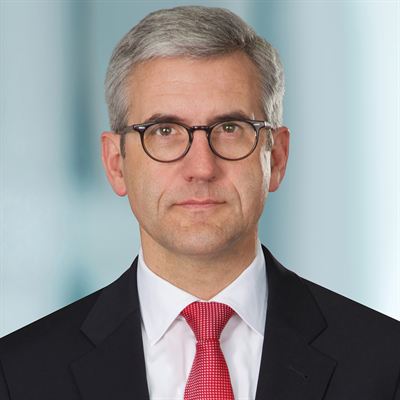 Zurich, Switzerland, June 17, 2013 – The Board of ABB has unanimously appointed Ulrich Spiesshofer, the head of its Discrete Automation and Motion (DM) division, as Chief Executive Officer. He will succeed Joe Hogan in this role in an orderly transition on September 15, 2013. Hogan will continue with ABB for some months as Senior Advisor to the Board.

Spiesshofer joined ABB’s Executive Committee in 2005 and was named responsible for DM in 2009. He has led a doubling of the division’s revenues by organic and inorganic means, and the integration of Baldor – ABB’s largest ever acquisition. He has increased profit margins through a turnaround in Robotics, as well as the profitable growth and relentless execution of the motors and drives activities.

“ABB has developed a strong bench of talent: I am extremely pleased that the new CEO comes from within the company, and brings a solid track record and deep knowledge of the portfolio,” said ABB Chairman Hubertus von Grünberg. “Ulrich has been a key force in shaping and implementing ABB’s strategy, and the integration of Baldor stands out as a benchmark for successful large acquisitions.”

Spiesshofer also initiated other business expansion activities in DM based on organic growth and acquisitions. These have helped DM to grow faster than the market and to expand into new business areas such as e-mobility and uninterruptible power supplies (UPS), as well as to better balance the business geographically. The planned acquisition of Power-One would make ABB a leading global supplier of solar inverters. A successor to his role in DM will be announced in due course.

CEO Joe Hogan said: “Ulrich has done a tremendous job in DM based on the solid knowledge and experience acquired in many successful years within ABB and outside. With his strong contribution and team-oriented collaboration, our mid-term strategy has been making great progress.”

Prior to taking over DM, Spiesshofer was responsible for Corporate Development, leading strategy development and implementation across the power and automation businesses, in very close collaboration with all of ABB’s teams. This included ABB’s roadmap for mergers and acquisitions and the formation of ABB’s technology venture arm. In this role, he strengthened ABB’s operational excellence and procurement processes, laying the groundwork for the cost savings program which has been executed over the past few years of global economic crisis.

“I am excited about the opportunity to lead ABB and serving our customers building on Joe’s success,” said Spiesshofer. “I am looking forward to keep working with all my colleagues in the Executive Committee and the entire ABB team. Together, we will continue to drive profitable growth and relentless execution for the company.”

Before joining ABB, Spiesshofer spent three years at Roland Berger Strategy Consultants and 11 years at A.T. Kearney management consultants, where he built successful consulting businesses in industries including oil and gas, utilities, telecoms and automotive, in Europe, Asia and the Americas. He has a master’s degree in Business Administration and Engineering, and a PhD in Economics, both from the University of Stuttgart, Germany.

ABB (www.abb.com) is a leader in power and automation technologies that enable utility and industry customers to improve their performance while lowering environmental impact. The ABB Group of companies operates in around 100 countries and employs about 145,000 people. 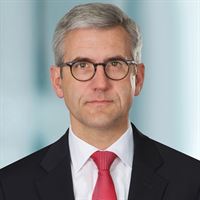