The Knut and Alice Wallenberg Foundation in collaboration with the Royal Swedish Academy of Sciences have decided to strengthen Swedish research in Mathematics. The aim is for Sweden to regain a position at the international cutting edge. Approximately SEK 200 million will be made available over a six-year period.

Sweden has a longstanding tradition of fostering internationally prominent mathematicians, with many students wanting to undertake doctoral studies in the field. There is also a great demand for mathematicians with research training. Nevertheless, Swedish mathematical research has been losing ground internationally during past decades.

By establishing a research programme offering international experience to the best young researchers in Sweden, and enabling recruitment of young as well as more experienced mathematicians to Sweden, the Knut and Alice Wallenberg Foundation aims to strengthen research in Mathematics.

– Excellence in mathematical research and a supply of leading mathematicians is of great importance for many innovations. Furthermore, the supply of prominent mathematicians is often crucial for other fields of research, particularly in the life sciences. It is therefore incredibly important, to Swedish research and business development alike, that Sweden can maintain and build upon its proud tradition in this field, says Peter Wallenberg Jr., Chairman of the Knut and Alice Wallenberg Foundation.

The programme provides SEK 160 million in funding, enabling 24 Swedish post-docs to go abroad, and 35 post-docs and 25 visiting professors to be recruited internationally to Swedish institutions. Additionally, SEK 40 million will be given to support the Royal Academy's Institut Mittag-Leffler, one of the top-ten Mathematics research institutes in the world.

The program is a collaboration with the Royal Swedish Academy of sciences which reviews and ranks all nominated candidates.

In 2014 the first 15 grantees were selected; today another 17 are announced.

Six established researchers will receive funding for a post-doctoral position in Sweden open to researchers from abroad: 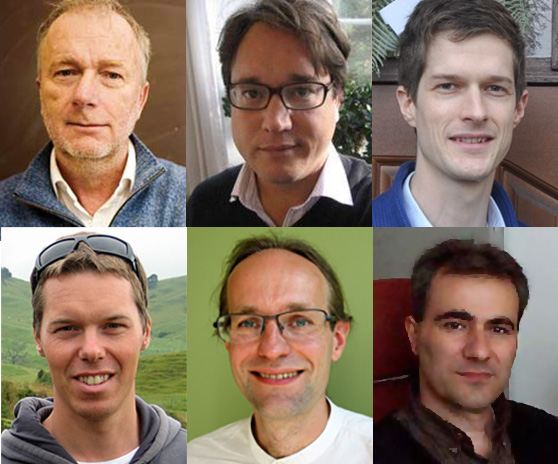 Six researchers holding Swedish doctorates will be recruited to post-doctoral positions at universities abroad (in parenthesis) and will receive support for two years upon returning to Sweden.

Magnus Goffeng, Oscar Marmon, Anna Sakovich and Martin Strömqvist. Lukáš Malý and Björn Winckler are not on the photo.

Research presentations are available at: www.wallenberg.com/kaw/mathematics2015

Information about future calls for application: 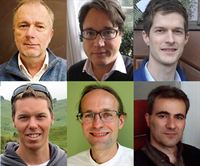