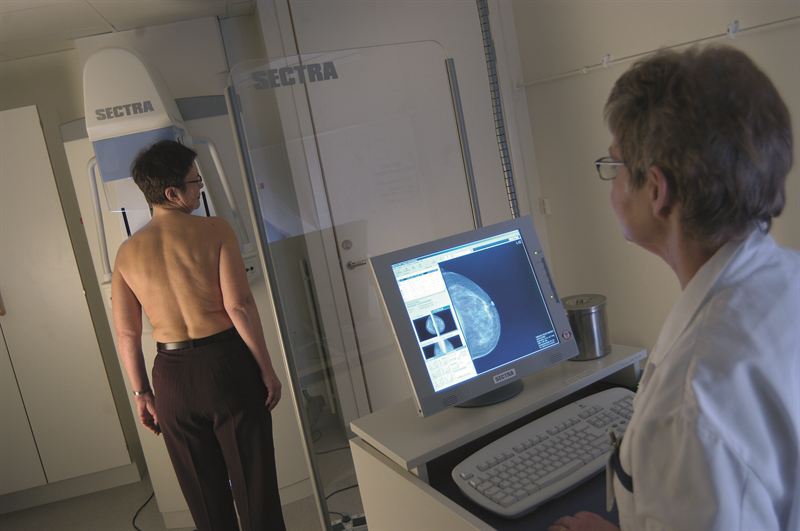 The research project that begun in the 90s at the Royal Institute of Technology have developed into an industry that employs 50 people. An additional 25 already work in subcontracting for Sectra’s facility in Kista. In the new facility, there is space both for production and development of digital mammography systems. Sectra’s investments are based on the radiology detector developed by Associate Professor Mats Danielsson and his colleagues at the Royal Institute of Technology. The research group is now working at Sectra and the detector is revolutionizing mammography with the market’s lowest radiation dose. With its low radiation dose, Swedish Sectra is now challenging the major medical technology companies in the international market. The media is welcome to attend Sectra’s inauguration in Kista Location: Sectra, Kistagången 2, Kista, Stockholm Time: Thursday, April 14, 4:00 PM Participants: Prime Minister Göran Persson, Dr. Matthew Wallis, Coventry & Warwick Hospital, Great Britain, and Maria Wiklund Karlsson, Chairman of Stockholm’s breast cancer association Amazona. Please bring you press credentials or equivalent ID! Sectra has installed more than half of all the film free radiology systems in Sweden. The Sectra Mammography stand is an easy-to-use digital system that supports the entire workflow, from examination to documented diagnosis. The system provides unsurpassed throughput, customised workflow and good ergonomics. Sectra has delivered and installed it´s mammography system in countries as Sweden, Germany, and Ireland.

Sectra assists hospitals throughout the world to enhance the efficiency of care, and authorities and defense forces in Europe to protect society’s most sensitive information. Thereby, Sectra contributes to a healthier and safer society. The company was founded in 1978, has its head office in Linköping, Sweden, with direct sales in 19 countries, and operates through partners worldwide. Sales in the 2018/2019 fiscal year totaled SEK 1,413 million. The Sectra share (STO: SECT B) is quoted on the Nasdaq Stockholm exchange. For more information, visit https://sectra.com/.