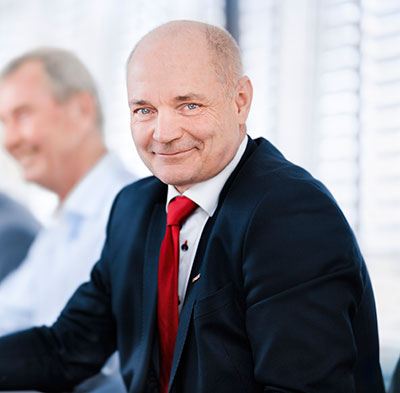 Linköping, Sweden, March 7, 2017 – International medical imaging IT and cybersecurity company Sectra (STO: SECT B) reported positive trends for the Group’s sales, operating profit and cash flow for the third quarter of 2016/2017. While the Group’s future focus on the growth of new product areas and additional geographic markets will hamper its earnings trend in the short term, these activities have the potential to contribute to the Group’s long-term expansion. The company’s financial focus is to increase its operating profit per share while maintaining its operating margin and the company’s key figures for its financial goals remained above its target level.

Sectra is well positioned in a number of niches, with strong global potential and favorable underlying market growth.

“The US is one of the markets where our largest business area, Imaging IT Solutions, is growing and capturing market shares with its medical IT systems. Over the past three years, the US operations have reported average sales growth in excess of 20% per year. I recently returned from the US, where we once again received the prestigious award of “Best in KLAS” for our top ranking in customer satisfaction. This is the fourth consecutive year that Sectra’s system for managing medical images has received this award in the US, and the third year globally. In my opinion, the fact that we have won this award for so many years in a row is directly attributable to our close cooperation with customers, our strong corporate culture and our outstanding employees.

“Our basic view is that it is better to be big in a few countries than to be small in many. Our goal is to be the largest or second largest supplier in the countries where we have subsidiaries. Just as we began operating in France last year, we plan to open offices in one or two additional countries during the coming year.

“Within the Secure Communications business area, we have turned a loss into a profit. With new security approvals from NATO and the Netherlands, the business area has begun delivering the latest generation of Sectra’s Tiger products – products that protect phone calls and data communications from eavesdropping. While the business area’s focus on the growth of the new critical infrastructure product area will hamper its earnings trend in the short term, it will ultimately contribute to continued expansion.”

Presentation of the interim report on March 7

Sectra will present its interim report during a teleconference with Torbjörn Kronander, President and CEO, and Mats Franzén, CFO. The presentation will be held in English.

To participate, call one of the following numbers five to ten minutes before the conference begins:

This information constitutes information that Sectra AB (publ) is obliged to make public pursuant to the EU Market Abuse Regulation and/or the Swedish Securities Markets Act. The information was submitted for publication, through the agency of the contact person set out above, at 8:00 a.m. (CET) on March 7, 2017.

About Sectra
The world needs more efficient healthcare and increased security in society’s communication and IT systems. Sectra plays a key role in meeting these needs. Sectra assists hospitals throughout the world to enhance the efficiency of care, and authorities and defense forces in Europe to protect society’s most sensitive information. The company was founded in 1978, has its head office in Linköping, Sweden, with subsidiaries in 14 countries, and operates through partners worldwide. Sales in the 2015/2016 fiscal year totaled SEK 1,073 million. The Sectra share (STO: SECT B) is quoted on the Nasdaq Stockholm exchange. For more information, visit www.sectra.com. 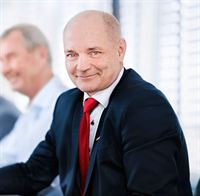