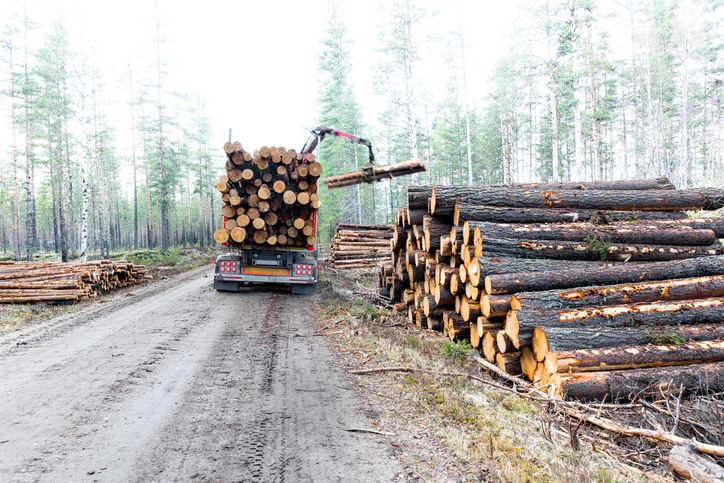 During the spring thaw period in Sweden, many small roads are closed to traffic despite the fact that they are fit for use. The BiFi research project has analysed the roads’ bearing capacity in real time using Internet-connected post office vehicles and presented their status online. The final report from the three-year project shows that these roads have been kept open for traffic 50% longer than before, benefitting haulage contractors, local residents and the Swedish Transport Administration.

Heavy vehicles tend to cause severe wheel ruts on soft gravel roads during the spring thaw period. In an effort to reduce maintenance costs, some stretches of these roads in Sweden are currently closed to traffic during predetermined periods.

This creates problems for e.g., forestry-related transports by often forcing drivers to take long detours that waste time and money and lead to an increased environmental impact. Local residents and municipal services are also affected.

With decisions based on better information about these roads’ bearing capacity, they could be kept open longer. This was the starting point for the BiFi (Bearing capacity information through vehicle intelligence) research project.

“The BiFi project is an excellent example of how interested parties from diverse areas can act together to solve a concrete problem affecting many people. The smart aspect of this system, aside from its technology, is that it uses vehicles that already travel on these roads to take readings,” says Rickard Farby, project manager at Semcon.

BiFi consists of a system that can forecast whether or not a road is useable. This solution has been developed by Semcon and Klimator and utilises vehicle-based vibration readings collected by some 50 post office vehicles, which are then combined with climatological and geological data. The compiled information is presented graphically in real time on a website where haulage contractors, local residents and the Swedish Transport Administration can keep track of the roads’ status.

The project has spanned three spring thaw periods between 2014 and 2016 and the final report shows that BiFi can reduce the need to close roads by 50%, thereby making a clear contribution to the transport industry and improving the quality of life in the affected areas.

“BiFi is a good example of an objective method that enables us to increase our knowledge of the bearing capacity of gravel roads, particularly during the spring thaw period but also at other times of the year when the roads may not be able to bear the weight of heavy vehicles,” says Thomas Asp, project manager at the Swedish Transport Administration.

Semcon is an international technology company that develops products based on human needs and behaviours. We strengthen our customers’ competitiveness by always starting from the end user, because the person who knows most about the user’s needs creates the best products and the clearest benefits to humans. Semcon collaborates mainly with companies in the automotive, industry, energy and life science sectors. With more than 2000 specialised employees, Semcon has the ability to take care of the entire product development cycle, from strategy and technology development to design and product information. Semcon was founded in Sweden in 1980 and has offices in over 30 locations in eight different countries. In 2016, the Group reported annual sales of SEK 1.8 billion. Read more on semcon.com