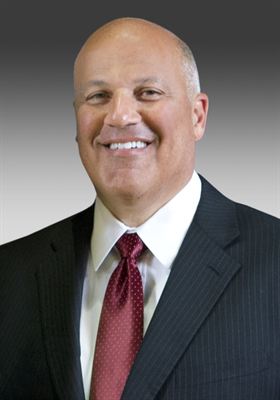 The Sherwin-Williams Company announce that its Board of Directors has elected John G. Morikis to serve as the Company’s next Chief Executive Officer, effective January 1, 2016.  Mr. Morikis, 52, who has served as Sherwin-Williams’ President and Chief Operating Officer since October 2006, will assume the CEO duties currently held by Chairman and CEO Christopher M. Connor.  Mr. Connor, who has held the title of Chairman and CEO for the past 16 years, will remain at the Company in the role of Executive Chairman.  Mr. Morikis was also elected to the Company’s Board of Directors effective immediately.

“This announcement today marks the successful culmination of a multi-year organizational succession plan to identify the absolute best candidate to assume leadership of the Company,” said Mr. Connor.  “John has been an important member of our senior leadership team for many years and is one of the key architects of the Company’s current organizational structure and strategy.  His success over the years is a direct result of focusing on customer needs, his in-depth knowledge of the coatings market and his dedication to hiring and developing terrific people.  With this transition, John becomes only the ninth CEO in Sherwin-Williams’ 150 year history. He is the right leader, and he is surrounded by the right team, to take Sherwin-Williams to the next level.”

Mr. Morikis joined Sherwin-Williams in 1984 as a management trainee in the Company’s Paint Stores Group.  He has held many key leadership positions during his thirty-one year career with Sherwin-Williams. During his nine-year tenure as President and COO, which included the housing recession of 2008-2009, the Company grew from $7.8 billion in revenues and earnings per share of $4.19 to more than $11 billion in revenues and earnings per share of $8.78 last year.  As President of the Paint Stores segment, he led the Group through one of the most aggressive growth phases in Company history.  Under his leadership, Paint Stores Group grew from approximately $3 billion in sales through 2,400 company operated paint stores to nearly $5 billion in sales through more than 3,100 stores, bolstering Sherwin-Williams’ position as the leading architectural coatings company in North America.

“Following a very diligent and thorough selection process, the Board of Directors is extremely pleased to appoint John Morikis as our next Chief Executive Officer,” said John Stropki, Sherwin-Williams’ Lead Director. “John has had a long and distinguished career with the Company, rising up through the ranks to achieve this position.  We fully expect that John will bring the same energy and passion to this new role.  The Board is pleased that Chris and John will continue to work together to execute the Company’s long term strategy to meet and exceed the expectations of our customers, shareholders and employees.”

Mr. Morikis serves on the board of Fortune Brands Home & Security, Inc.  His professional and community board engagements include the Joint Center for Housing Studies Policy Advisory Board at Harvard University and the Board of Directors of the University Hospital Ahuja Medical Center. Mr. Morikis holds Bachelor degrees in Business Administration and Psychology from Saint Joseph’s College in Rensselear, Indiana.  In addition, he earned a Master’s degree in Business from National Louis University in Evanston, Illinois.

Sherwin-Williams is a global leader in the development, manufacture and sale of coatings and related products with more than 47,000 employees and business in 120 countries. The company goes to market through more than 4100 company-operated paint stores, automotive retailers, and industrial distributors. With annual sales of over $11 billion, it is the largest coatings manufacturer in the United States, and the third largest world-wide.