New Man at the Helm of Leading Accountancy Practice 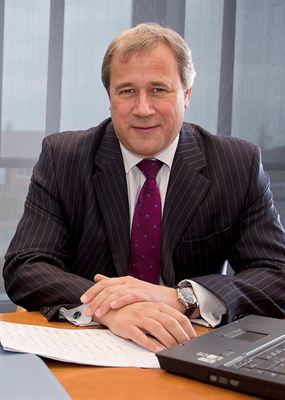 Duncan & Toplis, one of the UK’s top 30 accountancy practices, has a new Managing Partner.

Adrian Reynolds has taken the reins of the practice from Peter Townsend, who becomes Chairman.

Adrian has worked at Duncan & Toplis in Boston for more than 25 years and has been a partner with the firm since 1989.

He says his goal for the future is to continue the organic growth of Duncan & Toplis which was achieved so successfully by his predecessors.

“As Managing Partner of Duncan & Toplis I aim to continue the organic and acquisition growth we’ve achieved over the last ten to 15 years,” he said.

We will also add to the increasing number of service lines that we offer.  Businesses increasingly need more than compliance services and today we offer support in the areas of IT, corporate finance, financial planning, turnarounds and management accountancy.  Other services will follow.”

Adrian Reynolds studied at Boston Grammar School and Bristol Polytechnic, where he graduated with a degree in Accounting and Finance in 1981. He qualified as a chartered accountant with Bristol-based accountants Solomon Hare before returning to Boston with Duncan & Toplis in 1986.

He paid tribute to his predecessor, Peter Townsend, who was Managing Partner of the firm for eight years.

“Peter has done a fantastic job. His main driver was to ensure that the firm works as one: thanks to his leadership we now have a stronger focus on sharing resources across the practice and we are more streamlined than we were, with a centralised business support structure and areas of expertise in each office.”

Adrian said the firm’s recent economic survey, conducted in partnership with the Lincolnshire Chamber of Commerce, showed that the county’s business leaders are cautiously optimistic about the future prospects for the economy.

“We had a positive response to our survey, but the marketplace is tough and every business has got to be aware of its cost base and take steps to make sure it’s under control,” he said.

Duncan & Toplis was established in 1925 and has since grown into one of the largest independent firms of chartered accountants in the Midlands.

Duncan & Toplis offers a wide range of services to small to large-sized family businesses, from accountancy, audit and tax to payroll, human resources and computer services.

The business employs around 300 staff, of whom 85 are currently engaged in professional training.

Adrian Reynolds lives in Boston and is a governor of Boston College and is Treasurer to the Foundation Governors of Boston Grammar School. He is married and has three sons and one daughter.