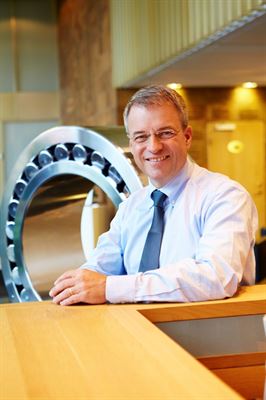 “2018 was an excellent year for SKF, with record results and a significantly strengthened balance sheet. In recognition of this, the Board has decided to propose an increased dividend of SEK 6.00 per share to the Annual General Meeting.

During the fourth quarter, we delivered an organic sales growth of 5% for the Group, with net sales at SEK 21.2 billion.

Operating profit was SEK 2.9 billion. Operating margin was 13.7%, impacted positively by the divestment of SKF Motion Technologies. Impairments of assets and customer settlements and restructuring had a negative impact. The net of the above had a positive impact on operating profit of SEK 705 million.

The industrial business had a strong organic sales growth of 9%. Operating performance remained strong, with a reported operating margin of 18.3% (12.8% in the previous year).

The automotive business also remained resilient, but due to costs for restructuring and customer settlements it reports an operating margin of 2.1%. Organic sales development was -3.7%, with European sales continuing to be impacted by the WLTP test cycles. In China, demand for trucks and cars softened.

The fourth quarter was a busy one in terms of our efforts to improve competitiveness in our manufacturing and consolidate our footprint. We announced investments and footprint optimizations in France, Germany, China and UK.

Investments in automation and technology step-up continues, with a further investment in Schweinfurt, Germany announced in November, as well as the inauguration of an automated assembly line for LEAP aero-engine bearings in Valenciennes, France.

As presented at our Capital Markets Day in November, we now have around 4 million connected bearings, of which half are connected to our REP Centers around the world enabling us to provide customers with reliable rotation.

Entering the first quarter of 2019, we expect to see relatively unchanged volumes for the Group, slightly higher for Industrial and lower for Automotive.”

The information in this press release is information which AB SKF is required to disclose under the EU Market Abuse Regulation (EU) No 596/2014 The information was provided by the above contact persons for publication on 29 January 2019 at 13:00.

SKF is a leading global supplier of bearings, seals, mechatronics, lubrication systems, and services which include technical support, maintenance and reliability services, engineering consulting and training. SKF is represented in more than 130 countries and has around 17,000 distributor locations worldwide. Annual sales in 2017 were SEK 77 938 million and the number of employees was 45 678. www.skf.com