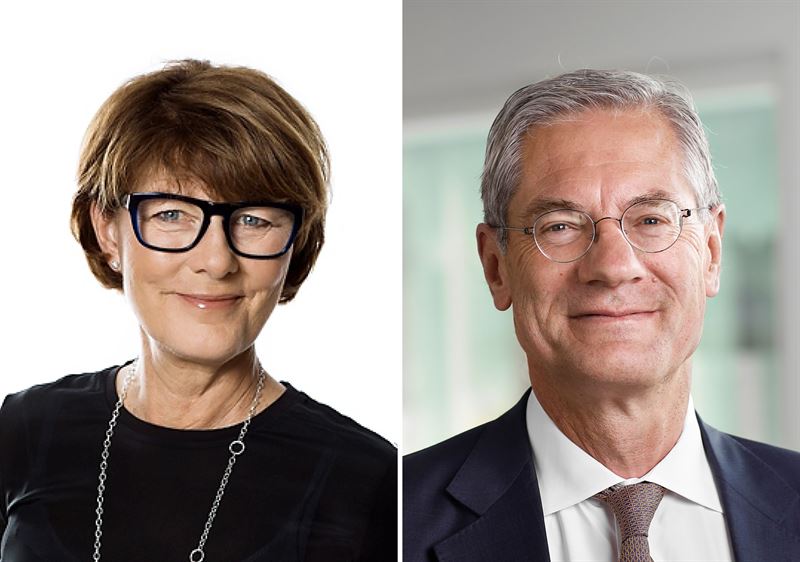 The Nomination Committee proposes that Kristina Alsér and Magnus Hall be elected as new Board members.

The Committee also proposes that Hans Berggren, Pål Börjesson, Paul Christensson, Ylva op den Velde Hammargren, Ulf Johansson and Mats Sandgren be re-elected. The re-election of Lena Ek as Chairman of the Board is also proposed.

The Nomination Committee’s proposal entails that the number of Board members elected by the Annual General Meeting (AGM) will be nine.

“The proposed Board members add qualities such as experience in the forestry sector, industry competence, strategic mindset and broad networks. Our proposal means that we will gain a future-oriented and strong Board of Directors,” said the Chairman of the Nomination Committee Ingemar Thorstensson.

Kristina Alsér, born 1956, has an extensive background in various roles in both the private business sector and the Swedish public sector. She is the co-owner and former CEO of the environmental technology company Mercatus in Vimmerby, Sweden, and is currently the company’s Chairman. Between 2007 and 2016, Kristina was County Governor of Kronoberg County. She is the Chairman of the Board of the Swedish Agency for Economic and Regional Growth and a Board member of the Kamprad Family Foundation. Since 2019, Kristina has led Linnaeus University’s external councils for donations and for greater collaboration between academia and the business sector.

Magnus Hall, born 1959, has been CEO of Vattenfall since 2014, after having served as CEO of the Holmen Group for ten years. Prior to becoming CEO, he held a number of other roles at Holmen, such as head of specialty paper within printing paper and division manager. During his time at Holmen, he was also Chairman of the Swedish Forest Industries Federation, and later the Chairman of the Confederation of European Paper Industries (CEPI). Magnus has therefore extensive experience of forestry issues as well as matters relating to the forest industry and forest policy, both domestically and internationally.

Founded in 1938, Södra is Sweden’s largest forest-owner association, with 52,000 forest owners as its members. We conduct modern and responsible forestry, and operate state-of-the-art mills in which we process our raw material. In 2019, net sales amounted to SEK 23 billion and employees totalled 3,100. Through value-generating relationships and a long-term approach, Södra shows the way for the next generation of forestry.