Pine seedling sales continue to break new records. In four years, the number of pine seedlings from Södra that are sold has risen from just over three million to just over six million.

“Demand is so high that pine seedlings are now in short supply, despite a very robust plan on our part. The plan entailed a major business risk when it was presented, even though we were hoping for, and expected to see, increased demand. It is very gratifying that the interest in pine has actually exceeded our expectations. Our goal for next year will be to further increase production and sell 7.5 million pine seedlings, which is more than double the figure for 2016,” said Olof Hansson, President of Södra Skog Bisnuess Area.

Södra has been actively informing about the importance of planting more pine in the landscape for several years. Not least through the Kraftsamling Tall (pine mobilisation) project that has been ongoing since January 2019. These efforts have now yielded results.

“The are several reasons why interest in planting the right trees in the right place has grown. It will lead to higher profitability and faster growth, better wildlife habitats, and lighter and more open environments. But more pine seedlings are not the only thing needed for success. We will also need to increase hunting in the very near future, otherwise the initiative is at risk of being eaten up by cloven-hoofed game,” said Tomas Andersson, Project Manager of Kraftsamling Tall at Södra.

For many years, far too much of Götaland has been planted with spruce – even areas that are best suited to pine. Due to excessively high game populations, landowners have not dared to adapt stands to the right extent, and have often replaced pine with spruce. This is not sustainable in the long term, since spruce planted in the wrong type of soil will not grow as well, be less vital and more prone to diseases, insect attacks and storms. The effects will be devastating for landowners, biodiversity, the climate, the economy, and especially for wildlife.

We can now see that the trend has turned, and that pine seedling sales are increasing at a very high pace.Statistics show that sales of pine seedlings have risen 100 percent since 2016. However, demand is even higher than expected and at the nurseries, even more pine seedlings are being sown for sales from 2021 and onwards. The production target is 7.5 million seedlings by 2021. 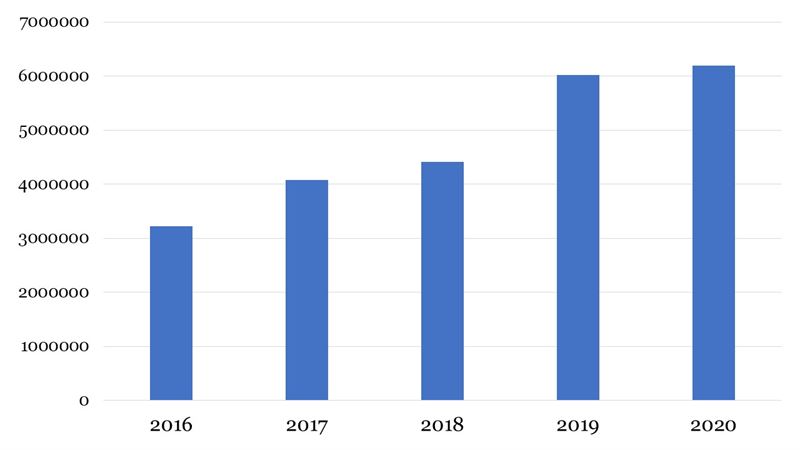 “We can see clearly that Södra’s members have received the message and taken the step to invest in pine regeneration. It’s a question of both biodiversity and the future profitability of forest estates in a changing climate. We can expect drier and warmer periods in some parts of our forestry operations area, and pine is better suited to those conditions. To continue regenerating with spruce on the wrong soil is therefore a major risk,” said Olof Hansson.

Increasing the proportion of pine regeneration also increases the berry bushes and herbs that thrive in pine environments, which is important for creating a balance between cloven-hoofed game populations and feed access.

Founded in 1938, Södra is Sweden’s largest forest-owner association, with 52,000 forest owners as its members. We conduct modern and responsible forestry, and operate state-of-the-art mills in which we process our raw material. In 2019, net sales amounted to SEK 23 billion and employees totalled 3,100. Through value-generating relationships and a long-term approach, Södra shows the way for the next generation of forestry.