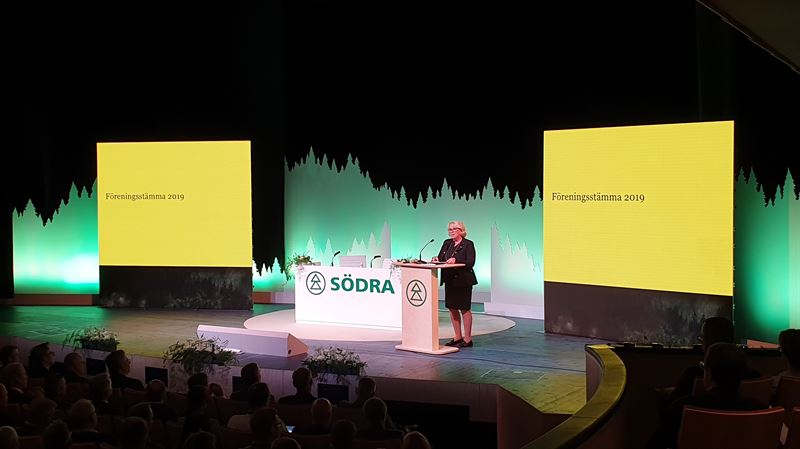 Södra’s Annual General Meeting (AGM) adopted a dividend of SEK 1,795 million to members and Lena Ek was re-elected Chairperson of the Board.

The Board’s proposed distribution of profits was adopted by the AGM on 23 May at Gummifabriken in Värnamo, Sweden. The profit distribution of SEK 1,795 million (868) corresponds to 41 percent of profit before tax. Operating profit for 2018 totalled SEK 4,508 million.

“We are now in a good position, with well-invested and well-managed facilities that deliver stable, high-quality volumes. That also enabled us to meet the strong global demand for our products in 2018. Achieving a record-high result in the same year as we celebrated our 80th anniversary was also particularly satisfying. None of this would have been possible without our talented employees and committed owners,” said Lena Ek, Chairperson of Södra.

The AGM addressed 18 motions on various matters, including two motions on contributed capital.

The AGM also elected Mats Sandgren as new Board member. The number of elected Board members is nine, all with a term of one year.