Record increase in electricity from the forest 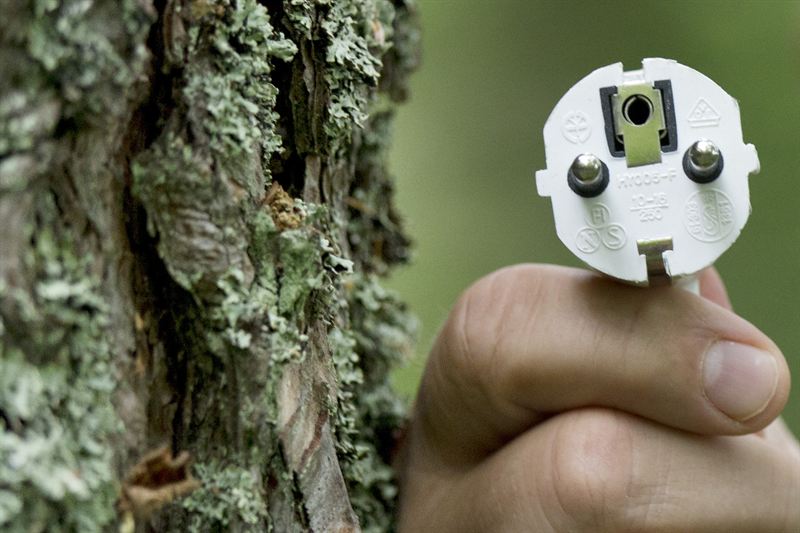 Between January and September, Södra delivered 15 times more green electricity to the public electricity grid compared with the same period in 2015. Deliveries are equivalent to the total electricity consumption* of 7,000 houses per year. The electricity is produced from the forest raw material that is processed at Södra’s mills.

“We are very pleased with this substantial increase. It shows how we can use innovation and investments in green industry to meet important societal needs,” said Roine Morin, Sustainability Director at Södra.

During 2017, Södra has delivered 15 times more electricity compared with the same period in 2015, an increase from 11 to 167 GWh**. Electricity is mainly generated at the three pulp mills in Värö, Mörrum and Mönsterås. In 2016, major investments were made at these mills, that provided the basis for the increase in deliveries. The largest investments were made at the Värö pulp mill, which increased its electricity generation by almost 70 percent, from 232 to 390 GWh, compared with January to September 2015.

“The electricity is a by-product created through the use of resource-efficient solutions in production. This is one example of how the forest has a key role to play in the transition to a bioeconomy,” said Roine Morin.

Södra has been self-sufficient in green electricity since 2007. At the same time, Södra is working to reduce its own electricity consumption. One of Södra’s sustainability targets concerns the efficient resource utilisation of electricity, with the aim of reducing consumption by at least 10 percent by 2025.

*Including household electricity, heating and hot water in a house with an average consumption of 25,000 kilowatt hours (kWh) per year.