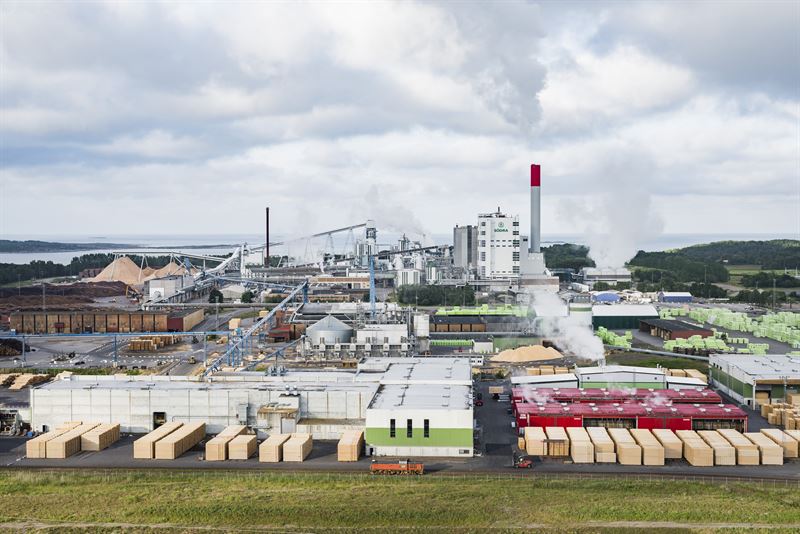 Södra’s efforts to achieve totally fossil-free operations have generated clear results. In 2017, results improved in all relevant areas. The interim target, that industrial processes would be powered exclusively by renewable fuels, has now reached almost 100 percent.

“This is an exceptionally strong trend,” said Henrik Brodin, Project Manager for ‘A Fossil-free Södra.’ “The results are clearly moving upwards in all areas. The fact that we can already see such a strong trend is because the entire organisation is maintaining a focus on sustainability issues. Now it’s important that these dedicated efforts continue.”

The increased use of renewable fuels has led to lower emissions of CO₂ from fossil-fuels.

Efficiencies and product development
The target of fossil-free production by 2020 and fossil-free transport by 2030 is one of the three sustainability targets* that Södra’s Board decided in September 2016 would receive the same status as the Group’s financial targets. Efforts to achieve this target intensified in 2017. They include both long and short-term activities such as increasing the efficiency of the existing operations, replacing fossil-fuel products with fossil-free alternatives, and research and development around new products. During the year, Södra decided to make two investments in liquid biofuel production: biomethanol in Södra’s pulp mill at Mönsterås and liquid biofuels from forest biomass in Tofte, Norway.

“This is very gratifying, both for Södra and society as a whole. It confirms that the transition to fossil-fuel independence is not only possible, but that Södra is also able to lead the way in this area,” said Lars Idermark, President and CEO, Södra.

* Södra’s three overarching sustainability targets are fossil-free production by 2020 and fossil-free transport by 2030, a 20-percent higher rate of forest growth by 2050, and a zero accident vision.