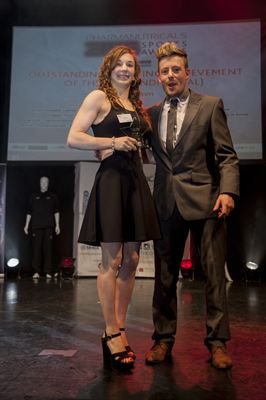 Kelly, who is studying BSc Applied Sports Science at Solent, claimed her first medal – gold – in the Women’s Individual All-Around event. Amassing a score of 56.332 across the four segments – vault, uneven bars, balance beam and floor exercise – Kelly fought off tough competition from other artistic gymnasts from around the world.

“Winning gold in the team event at the Commonwealth Games was such a great achievement for me, but to do it as an individual at the World University Games is definitely one of my greatest achievements,” Kelly told British Universities & Colleges Sport (BUCS).

There was no rest for Kelly, 20 from Whiteley, with more events taking place the next day. First up was Women’s Vault where she picked up a silver medal with her impressive score of 14.233. And she completed her trio of medals with a bronze in the Women’s Floor Event, joining two Russian’s on the podium.

“It’s the first time I’ve won three medals at a competition. To see the look on my coach and parents’ faces was such a special feeling. The World University Games has helped me massively and I’m really proud with the way it has gone,” she added.

Kelly, whose three medals have helped put team GB in the top 10 at the games, adds these medals to her team gold at the Commonwealth Games and gold from the British Championships for the gymnastics vault competition. British athletes such as Beth Tweddle, Jessica Ennis and Gemma Gibbons have all competed in the World University Games during their career before going on to succeed on other world stages.

“It was an honour to receive this award in my first year at Solent,” said Kelly.

“To be recognised for all the hard work I've put in and for my performance last year is amazing, I'm so grateful. Solent have been brilliant ever since I started university and so supportive, so I am very thankful for what they do for me.”

Kelly was ranked 9thall-round in the 2012 British Senior Championships and took a bronze medal on the vault. In 2013 she went one better and won the British Championship vault silver. One month before joining Solent she attended the 2014 Commonwealth Games where she won Team gold and more recently this year she has been crowned English floor champion, silver medal vault and all-around bronze.  She was also awarded Eastleigh Sports Personality of the Year 2015.

You can read more on the BUCS website: http://www.bucs.org.uk/news.asp?itemid=18050&itemTitle=Artistic+Gymnast%2C+Kelly+Simm+wins+three+medals+at+the+World+University+Games&section=8&sectionTitle=News

For pictures of Kelly with her medal, please get in touch with BUCS http://www.bucs.org.uk/page.asp?section=17392&sectionTitle=Contact+Us