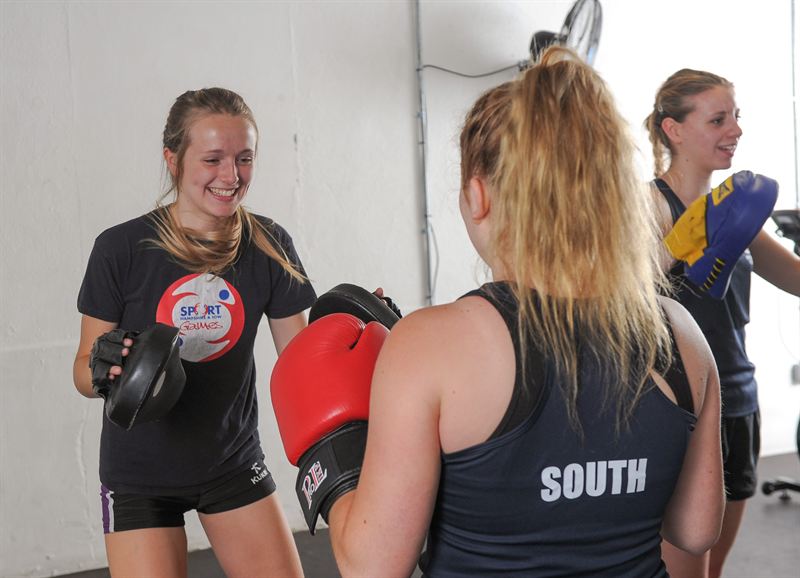 Injuries for young female athletes have been reduced by a quarter this season thanks to new strength and conditioning sessions run by Solent Sport’s High Performance Academy at Southampton Solent University.

England Netball South and the Hampshire Centre of Excellence athletes have been taking part in the sessions, which have also helped the athletes become stronger, fitter and decrease the risk of injury.

As well as access to top-class gym facilities based at the University, athletes have support from certified strength and conditioning coaches from the High Performance Academy.

Solent Sport and Southampton Solent University have developed the High Performance Academy (HPA) to help students compete on the national and international stage while studying at Solent.

Netball South is the official regional association for the counties of Berkshire, Guernsey, Hampshire, Isle of Wight, North Buckinghamshire, Oxfordshire, South Buckinghamshire and Sussex. The athletes have attended the sessions twice a week for the last year and will continue to do so next season.

The Hampshire Centre of Excellence (COE) is an enhanced coaching centre for U9, U11, U13, U15 and U17 age groups, and allows players identified as having elite potential the opportunity to access appropriate levels of coaching and support. The athletes take part in the sessions for eight weeks during their pre-season training period.

“We have seen injuries down by a quarter this season,” says Benn Digweed, Head Physiotherapist at Southampton Solent University. “The conditioning has helped the athletes become more aware or their body and their movements, so they prevent an injury before it happens.”

The University has built partnerships with the Hampshire Centre of Excellence and the England Netball South squad to help young athletes increase their fitness by having access to staff and facilities that they wouldn’t normally. This, in turn has helped improve their performance on the court/field and made them less prone to injury.

Megan Somerville, 14, from Eagles Netball, has played for the past seven years and hopes to progress her sporting career and play professionally in the future.

“Even though netball is a non-contact sport, we can still be very prone to knee and ankle injuries,” she says. “Having access to the physiotherapist and these facilities have helped me become stronger as an athlete.”

James Grant, HPA Manager is pleased with the athletes’ progress. He says: “The strength and conditioning work with girls from the Hampshire Centre of Excellence and England Netball South has been really enjoyable and rewarding. The athletes are always really keen and enthusiastic. They have all improved physically with regards to movement proficiency and athleticism as a result of their hard work and commitment.”

The sessions with both performance pathway sports have provided Solent sports science and sports coaching students the opportunity to access some real life work experience. Students have worked alongside skilled coaches and have experienced not only the challenges, but the rewards of working with young athletes.

The individual athletes in the training group have formed supportive relationships and friendships that have developed far more than they would perhaps have done with the athletes training alone. There is high cohesion in the groups, which transfers from the gym environment to high-pressured match situations. There is also solid evidence that the integration of effort, and coordination and communication between the coaches, the HPA team and the athletes, has helped to reduce the overall number of injuries sustained because the athletes are more robust.

Lois Fidler, Technical Director of the Hampshire FA Girls Centre of Excellence says athletes are benefiting from taking part in the sessions: “The collaboration with Southampton Solent University’s HPA service has been invaluable in supporting the players’ physical development. It has added huge value by providing the players with experience of an elite training environment. It's helping their understanding of gym based, sports specific training and how this supports both injury prevention and their impact and performance on the pitch.”