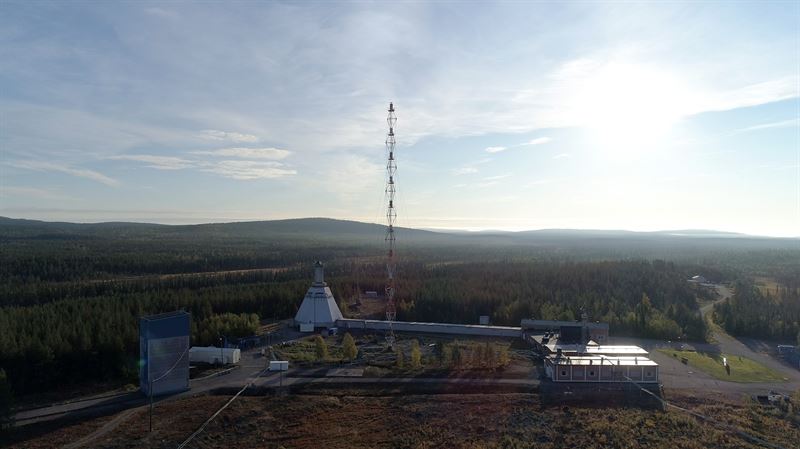 The announcement is the third step in an extensive modernization of the infrastructure at Esrange to meet the growing demand of testing and launching capability in the space sector and was made today by the Swedish Space Minister Matilda Ernkrans during the inauguration of a new testbed facility for next generation rocket technology at Esrange.

Esrange Space center is already one of the most active and versatile launch sites in the world and the latest decision allows SSC to proceed with its goal to be able to launch small satellites into orbit by 2022.

Today’s announcement follows the overall ambition defined in the Swedish space strategy decided upon in 2018. The strategy underlines the importance of further developing Esrange in order to fully utilize its potential, strengthening Sweden’s position as a prominent space nation within the European and global space sector.

The new testbed at Esrange provides a platform for European and global space sector to develop next generation rocket technologies. This will now be supplemented with additional infrastructure needed for launching small satellites from Esrange.

The first rockets tests will be conducted by ISAR and RFA later this autumn, both already established at the site. The European Space Agency’s reusability programme Themis plans to conduct its first reusability test flights in 2022 from Esrange, in a collaboration between SSC and ArianeGroup teams supported by ArianeWorks (an innovation unit formed up by the French Space Agency CNES and ArianeGroup). SSC’s ambition is to launch the first satellites in 2022.

“This means that Sweden will be one of the very few countries with capability to launch small satellites. We are very proud of having taken this decision,” said Matilda Ernkrans, Swedish Space Minister, during her visit at Esrange today.

“We are pleased that the Swedish government has now decided to establish the capability to launch satellites from Esrange. The decision means that Sweden will become a launching state, providing a capability that only a few countries have, of great importance for research, technology development and expanded international collaboration”, said Stefan Gardefjord, CEO at SSC.

This is a further major step in an extensive plan to modernize the infrastructure at Esrange Space Center to meet the growing demand on the market for both testing and launching capability. SSC and the Swedish government have so far co-invested approximately 30 million USD in the project.

About SSC: Swedish Space Corporation, SSC, is a state-owned company that helps space organizations, companies, other commercial actors and research institutes to get access to space. SSC's products and services enable successful space projects within telecommunications, security, meteorology, navigation and positioning, scientific research, earth observation and other applications. Though our approximately 550 committed employees, we can offer specialist expertise in satellite communications, rocket and balloon systems, launch services and flight test services. Through our local presence on all continents, we can help our customers with specific solutions in space systems, subsystems, instruments, technology and other related services. www.sscspace.com.