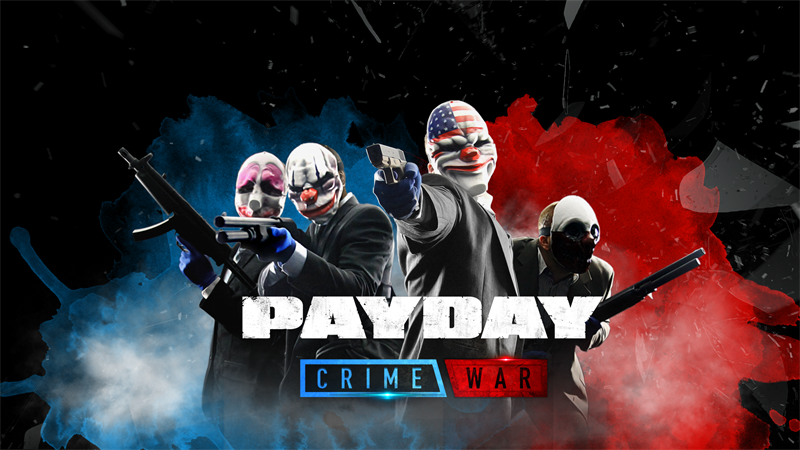 Starbreeze (“Starbreeze”) today announced that the company has signed a licensing agreement with PopReach Corporation (“PopReach”) (TSXV:POPR, OTCQX:POPRF) for the re-launch of mobile title PAYDAY Crime War. Under the terms of the agreement, Starbreeze will receive a non-recoupable upfront payment of USD 250 thousand. PopReach will receive the complete source code to PAYDAY Crime War, and access to PAYDAY 2 content, and will cover all costs for continued development, marketing, live operations and user acquisition with respect to the game. Upon launch, Starbreeze will receive tiered royalties on net sales equivalent to its PC and console licensing deals. Starbreeze retains all IP rights for the title.

“It’s an exciting time for all of us at Starbreeze, during the last month we’ve changed the trajectory for the company by securing deals around the PAYDAY IP. We look forward to working with PopReach to ensure that PAYDAY Crime War brings the same action-packed gameplay our players and community already know and love to mobile devices. PopReach has a proven track record and has successfully developed and launched free-to-play mobile titles based on well-known IP:s, and our collaboration will be an important component of our strategy to further expand the PAYDAY franchise”, said Tobias Sjögren, CEO of Starbreeze.

PopReach is a free-to-play game publisher focused on acquiring and optimizing proven franchises. After acquiring and working on more than 25 mobile games across 13 successful game franchises globally, PopReach brings strategic value in breathing new life to already successful franchises through acquisition and optimization. Following the license agreement, PopReach will be responsible for the continued development of PAYDAY Crime War as well as the marketing, live operations and user acquisition efforts. PopReach expects to soft launch a beta version by the end of 2021. Development of the game will be led by Vlad Ceraldi, PopReach’s SVP Worldwide Studios.

“PAYDAY is an incredibly popular co-op first person shooter franchise that has showed tremendous staying power and enduring appeal. PAYDAY 2 still consistently ranks among the top played PC games on Steam with over 130,000 daily active users. Obtaining the license rights and source code to PAYDAY Crime War is a massive opportunity that fits well within our strategy of acquiring proven game franchises with established product market fit, with a large built-in audience and deep universe to draw from, including an extensive pipeline of more than 70 PAYDAY 2 content updates years in the making. We believe that PAYDAY Crime War has the potential to generate substantial revenue for PopReach, given the longstanding success of the franchise, and the fact that it will be the first mobile free-to-play PAYDAY game”, said Jon Walsh, CEO of PopReach.

In connection with the licensing agreement, Starbreeze has transferred the current team of five people in Barcelona to work with PAYDAY 3. According to the agreement, Starbreeze receives a fixed upfront payment of approximately SEK 2.2 million that is recognized as revenue in the second quarter and provides positive cash flow, and royalties that are recognized as income and lead to positive cash flows when and if they fall out in the future. The historical development expenses for PAYDAY Crime War in the balance sheet of approximately SEK 70 million are expensed in connection with the transfer of the asset to PopReach and the upfront payment is received. It is not cash flow-affecting as it relates to historical balanced development expenditure.

PAYDAY Crime War is an all-action 4vs4 shooter pitting cops against heisters. The player chooses the storyline based on character; PAYDAY crew or cops trying to stop them. It’s the ultimate stick up battle; cops vs heisters. Rob a bank, jewellery store or uphold the law. PAYDAY Crime War was released in a soft launch back in 2019, but after the shutdown of the mobile gaming division at then-publisher NBCUniversal, it was left without a publisher and the launch was postponed. The closed beta was on both Android and iOS. PAYDAY Crime War is a stand alone mobile first game that takes place in the PAYDAY universe and is based on PAYDAY 2 which was launched in 2013 and has become the largest game community on Steam, the top digital distribution platform for PC gaming. The PAYDAY 2 community has over 7.1 million members (March 2021). The mobile version of the game is based on a free-to-play business model and will have access to the PAYDAY 2 PC game and game assets that have sold over 105 million additional downloadable content (DLC’s).

This information is information that Starbreeze AB is obliged to make public pursuant to the EU Market Abuse Regulation. The information was submitted for publication, through the agency of the contact person set out above, at 07:30 CET on 14th of April, 2021.

Starbreeze is an independent developer & creator of PC and console targeting the global market, with studios in Stockholm, Barcelona and Paris. Housing the smash hit IP PAYDAY, Starbreeze develops games based on proprietary and third-party rights, both in-house and in partnership with external game developers. Starbreeze shares are listed on Nasdaq Stockholm under the tickers STAR A and STAR B with the ISIN-codes SE0007158928 (A share) and SE0005992831 (B share). For more information, please visit starbreeze.com

PopReach, a Tier 1 Issuer on the TSX Venture Exchange, with shares also trading on OTCQX® Best Market, is a free-to-play game publisher focused on acquiring and optimizing proven franchises. The Company has to date acquired 13 successful franchises enjoyed by over 1.9 million unique players a month, including Smurfs' Village (IP under license), Peak - Brain Training, Kitchen Scramble, Gardens of Time, City Girl Life, War of Nations and Kingdoms of Camelot. PopReach, headquartered in Toronto, employs a team of over 125 experts in Toronto, Vancouver, London, UK, and Bangalore, India.