The award was recently given for the professional seamanship and conduct when Stena Blue Sky effected a rescue operation after spotting a fisherman and recovering him from wreckage between the waters of North Korea and Japan 26th October 2017.

“Events of this nature are subject to international laws and for us, acting in accordance with these laws is a matter of course. Nevertheless, it is important that attention is drawn to them – in this case, by the Chamber of Shipping of America. I would also like to take the opportunity to express my appreciation to our crew on board for having acted professionally and in accordance with our expectations in this situation”, said Erik Hånell, President & CEO, Stena Bulk. 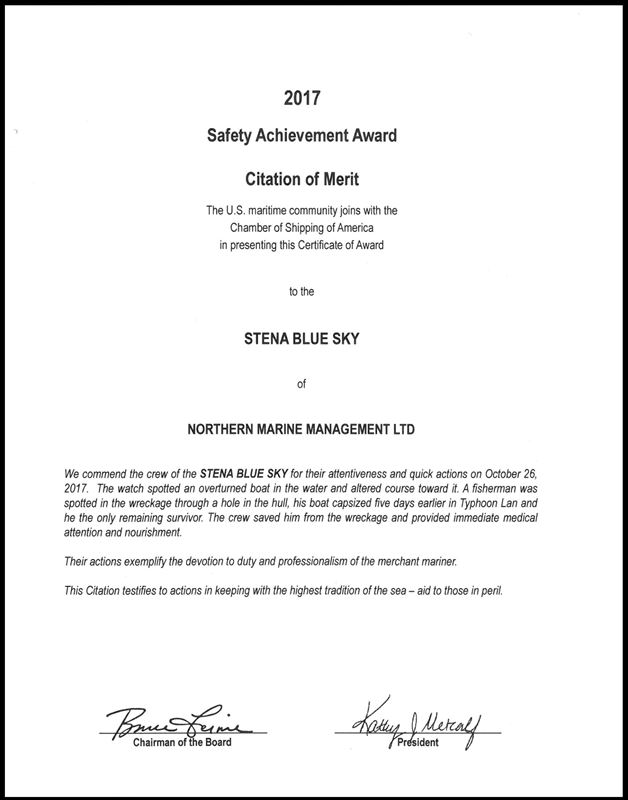 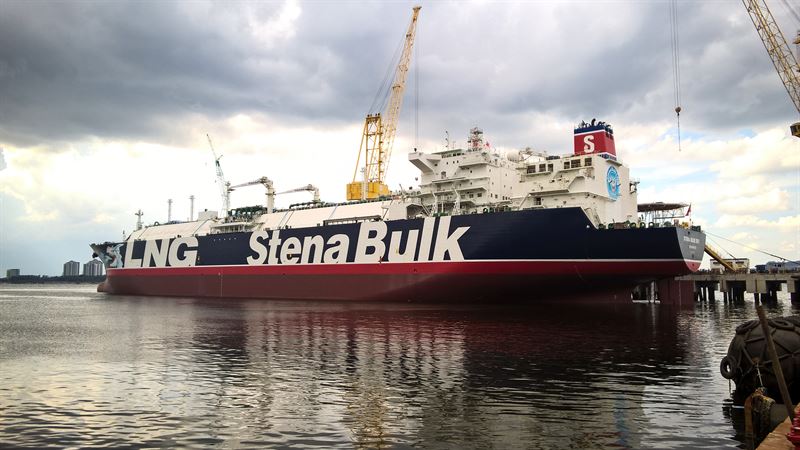 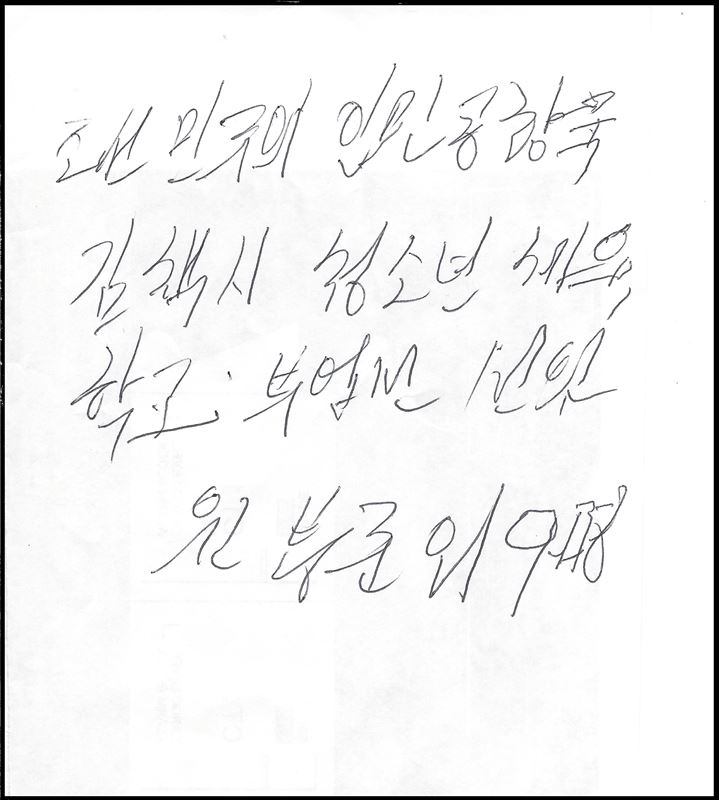 Since the casualty did not speak any language understood by the crew, they communicated by means of notes, which were translated ashore. 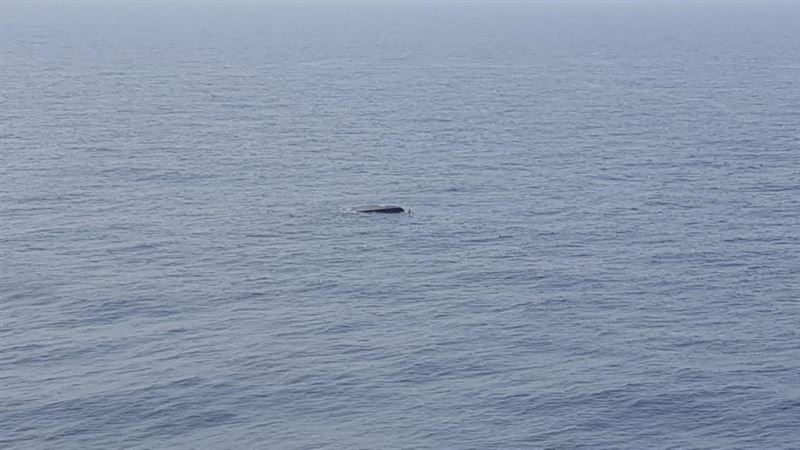 The boat was found in an upturned position with nobody seen on or near it.

The Story behind:
Stena Blue Sky was involved in a MOB (Man Over Board) rescue operation, during her passage from Yung An Taiwan to Prigorodnoye, Russia for loading.

The boat was found in upturned position with nobody seen on or near the boat initially. As the vessel approached closer we were able to see a man’s head emerging above the bottom of the boat. It appears that the casualty was trapped underneath the wreckage for five days, but managed to make a hole in the boat’s bottom (made of wood). It is obvious that he was not completely submerged in the water and that is why he did not suffer from hypothermia.

According to master report “the casualty is in good, stable condition. His hands and feet suffered from being in water for prolonged time and he feels the pain as he recovers. There are minor bruises and cuts on his feet as he was not wearing the shoes at time of rescue. Cuts were treated, no bleeding. The casualty was provided with dry and clean clothing, warm food and a cabin. One crew member is continuously monitoring his condition”.

He does not speak any English, Russian or other language known to the crew. The Vessel is in contact with Charterers and local authorities to identify the casualty origin and most suitable location for disembarkation. 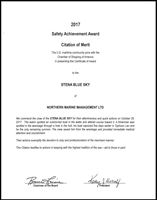 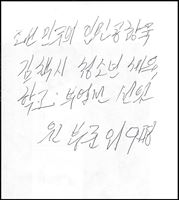