The LNG carrier Stena Blue Sky was historical when it delivered its cargo to the first privately-owned LNG terminal in China. Chinese gas distributor, ENN invited the LNG carrier to become the first vessel to unload at the new Xin’ao Terminal in Zhoushan, Ninbo region on 8th August 2018. 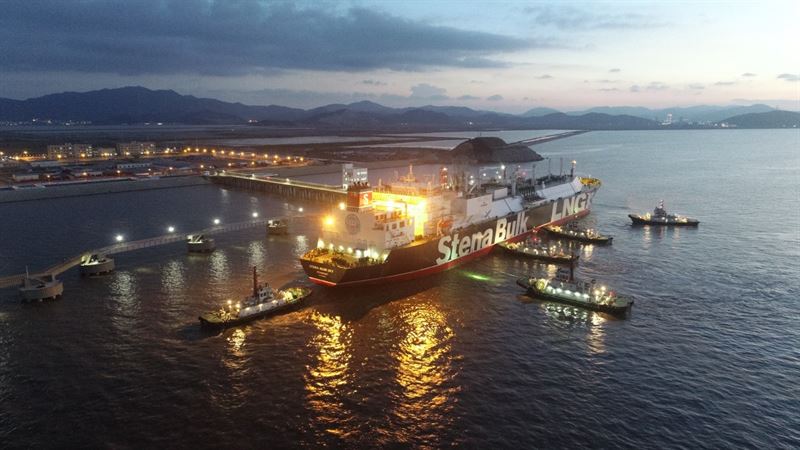 Chinese companies build their own LNG terminals and import the fuel directly because they aim to meet higher demand and reduce their dependence on supplies of LNG from state-owned companies. The Zhoushan terminal has a capacity of 3 million tonnes of LNG per year.

"Being ‘first in China’ is a very rare title and we are all proud we participated in such an event. Each one of the operations was distinct as each piece of terminal equipment was being operationally used for the first time. It took resourcefulness, patience and a problem-solving attitude, but it was a successful operation,” says Erik Hånell, President & CEO Stena Bulk.

As well as experiencing the pomp of the event, the vessel also underwent a PSC inspection while at the terminal, receiving zero observations.