Pain, death and deception: The result of “white religion” on men and women of colour. 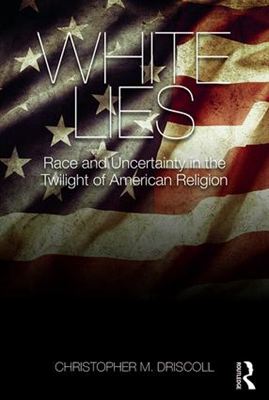 Responding to the growing visibility of mainstream violence directed at black bodies, White Lies: Race and Uncertainty in the Twilight of American Religion looks into the heart of whiteness and finds what so many women and men of colour have seen before: pain, death, and deception.

Part history, part philosophy, and part theology, Christopher Driscoll traces the shifting definitions of "white religion" from the nineteenth century up to the death of Michael Brown and other racial controversies of the present day. Due to this, Driscoll manages to draw “white religion” into focus in an effort to better address the ways in which whiteness functions religiously in America today.

In this book, modern philosophers and popular imagery are examined in order to isolate the instabilities central to a "white religion," including the inadequacy of this framing concept as a way of describing and processing death, as the book features:

As a result, White Lies: Race and Uncertainty in the Twilight of American Religion performs a high-wire dance between philosophy and anthropology, God and idol, whiteness, and its own possible 'dying' in the fraught space of America.