Final preparations loom before boat is shipped to New York 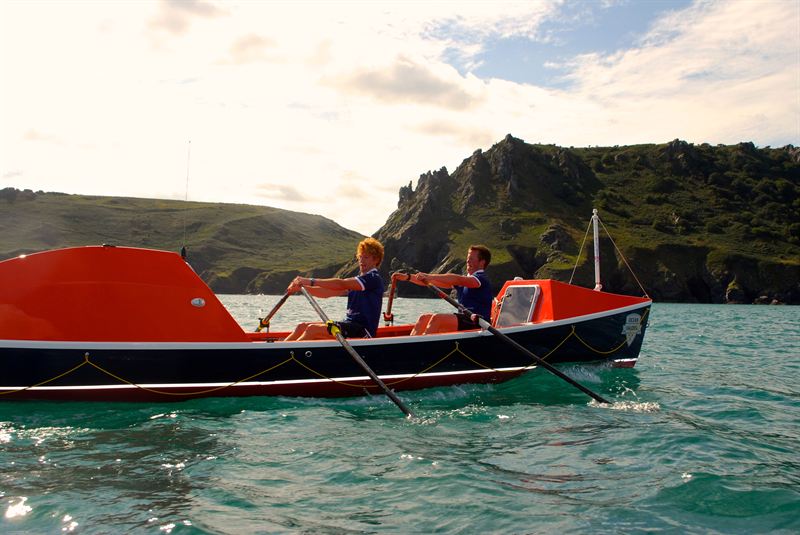 TWO West Country rowers preparing to tackle one of the world’s most perilous ocean routes mark a crucial milestone this week as their specially-designed boat begins its own epic journey to the US.

The 23-foot-long ocean rowing boat will leave Devon on 21 March, to be towed initially to Nottinghamshire and then on via container and cargo ship to New York.

The boat’s departure starts the clock ticking on an extreme physical challenge for 23-year-old Tom Rainey, from Salcombe in Devon, and his fellow rower Sam Coombs, 24, from Clevedon.

Tom will fly out to the US at the end of March and Sam in mid-April to be reunited with the boat.

In May they will set out to row her back from New York to Salcombe – Tom’s home town.

If they succeed, they will become the youngest duo ever to row unaided from the US mainland to the UK mainland, covering some 3,400 miles across the hostile North Atlantic.

Of the 60 crews to have attempted the journey, just 23 have completed it. Five people have been lost at sea.

The pair will have no support yacht and will carry all of the freeze-dried food and supplies they need for the journey, which is expected to take up to three months.

They will rest for alternate two-hour periods in a tiny cabin at one end of the boat, with one rowing while the other is sleeping.

Tom and Sam – who have named their expedition Ocean Valour – are aiming to raise £250,000 for The Brain Tumour Charity.

Tom’s father Luke died from a brain tumour in December 2012 – a loss which, in Tom’s words, “rocked the family to the core”. 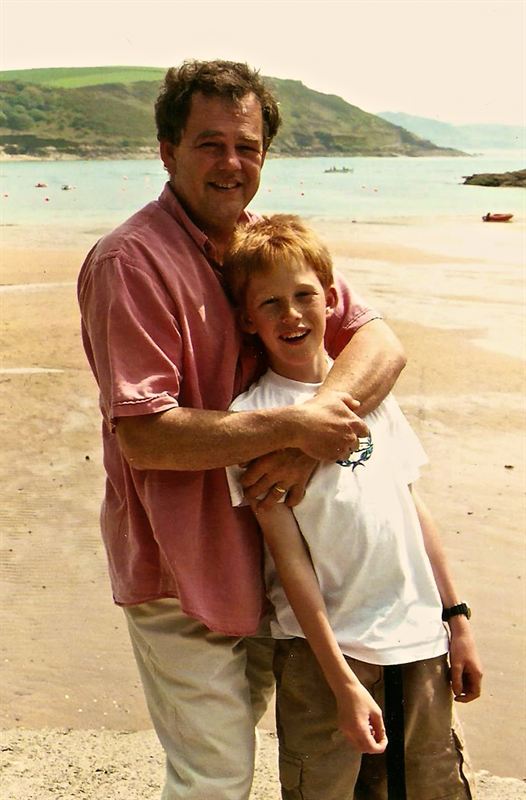 “The Brain Tumour Charity gave us so much help and advice. It was a port in what would otherwise have been an unweatherable storm,” said Tom, who has undergone months of physical and mental training for the Ocean Valour endeavour.

The pair also hope to break a 117-year-old record for the fastest journey in a rowing boat between New York and the Isles of Scilly, which stands at 55 days.

Their vessel was designed and constructed by boatbuilder Justin Adkin of Axminster-based SeaSabre.

Just six feet wide, it is equipped with a satellite phone that will allow Tom and Sam to make contact with family and friends while they are on route.

On the morning of Saturday 21 March, Justin will carry out a final briefing for the rowers before Tom hitches the boat to his car and heads to Newark in Nottinghamshire.

Tom said: “Justin will run through everything from how to repair the electronic system if it goes down to fixing the boat if it gets a hole in it or mending an oar if it snaps.”

He said the mental challenge of rowing unaided across 3,400 miles of ocean was a more daunting prospect than the physical one. “Being able to think for that long could be scary.”

The pair’s departure date from Manhattan will depend on the weather but they are hoping to set off in early May. Some of Tom’s family, including his mum, Anne, will be there to wave them off.

“We need a nice westerly wind that will push us clear of the American shore and no onshore breeze for at least 3 days,” Tom said.

“I am apprehensive about what the weather will bring but very excited, too. I want to get going now.”

Sarah Lindsell, chief executive of The Brain Tumour Charity, said: “What Tom and Sam are aiming to achieve is astounding.

“Their determination is inspiring and we are profoundly grateful for their commitment to raise money for us in this extraordinary way.

“We will be following their journey day by day and wish them lots of luck for their incredible journey.”

Media are welcome at Tom and Sam’s final briefing session with their boat at SeaSabre in Axminster at 12 noon on Saturday 21 March. Please contact Polly Newton, PR and Media Manager for The Brain Tumour Charity, if you would like to attend.

The Brain Tumour Charity is at the forefront of the fight to defeat brain tumours and is making a difference every day to the lives of people with a brain tumour and their families.

They fund pioneering research to increase survival and improve treatment options and raise awareness of the  symptoms and effects of brain tumours to get earlier diagnosis and to help families cope with everything that the diagnosis of a brain tumour brings.  They provide support for everyone affected so that they can live as full a life as possible, with the best quality of life.

They fund and promote the UK-wide HeadSmart campaign, raising awareness of the signs and symptoms of brain tumours in children and young people to make earlier diagnosis a reality.  Earlier diagnosis will reduce long term disabilities and save lives.  In just thee years, HeadSmart has reduced average diagnosis time from 9.1 weeks to 6.7 weeks.

Find out more at: www.thebraintumourcharity.org

Members of the Association of Medical Research Charities, The Information Standard, The Helplines Partnership and the Fundraising Standards Board.

Brain tumours are the biggest cancer killer of children and adults under 40.

Over 9,300 people are diagnosed each year with a primary brain tumour, including 500 children and young people – that’s 25 people every day.

Almost 5,000 people lose their lives to a brain tumour each year.

Thousands more are diagnosed with secondary brain tumours, which are not recorded.

Brain tumours reduce life expectancy by on average 20 years – the highest of any cancer.

Just 14% of adults survive for five years after diagnosis.

Brain tumours are the largest cause of preventable or treatable blindness in children.

This accounts for 20,000 additional disabled life years for all the children who are diagnosed each year.

Research offers the only real hope of dramatic improvements in the management and treatment of brain tumours.

Over £500m is spent on cancer research in the UK every year, yet less than 2% is spent on brain tumours.