The Brain Tumour Charity is the UK’s largest dedicated brain tumour charity, committed to fighting brain tumours on all fronts. We fund scientific and clinical research into brain tumours and offer support and information to those affected, whilst raising awareness and influencing policy. Our aim is to improve understanding, diagnosis and treatment of brain tumours.

Charity report highlights Dylan’s battleThe stark impact of a childhood brain tumour diagnosis has been captured by a mother who photographed her young son every month as he was treated for the disease. Jessica Mitchell began to record the changing appearance of her son Dylan in May 2014, soon after he was diagnosed with medulloblastoma – the most common form of malignant brain tumour in children – at the age of just two. Dylan and his family are among those whose experiences feature in a report out today (June 13) from The Brain Tumour Charity called Losing My Place: The Reality of

Charity urges probe into ‘worrying’ differencesWOMEN with brain tumour symptoms are likely to wait longer for a diagnosis than men, a new report has found. The report from The Brain Tumour Charity says that overall, almost one in three brain tumour patients (31.3%) visited a doctor more than five times before the disease was diagnosed and nearly a quarter (24.2%) waited more than a year for a diagnosis. However, women were more than twice as likely as men to wait over a year for a diagnosis after first seeking medical advice for their symptoms. They were also more likely than men

Neurosurgeons back call for better understanding and supportTHOUSANDS of brain tumour patients in the UK are struggling to cope financially and emotionally in the face of ignorance about the disease, says a report out today (Monday July 20). Losing Myself; the reality of life with a brain tumour, says many people living with a brain tumour are robbed of their sense of identity, their independence, their ability to work and their relationships. Four out of ten have had to give up work entirely and half experience financial difficulties following their diagnosis. Three quarters feel

The Brain Tumour Charity sets out plans to defeat disease

Strategy aims to double survival and halve brain tumour harmThe Brain Tumour Charity has unveiled its ambitious five-year strategy, pledging to work ‘relentlessly’ towards a cure for the disease. Defeating Brain Tumours sets out priorities including earlier and more accurate diagnosis of brain tumours and greater access to clinical trials for brain tumour patients. It also calls for increased collaboration between charities fighting brain tumours to accelerate progress towards a cure. Brain Tumours kill more children and adults under 40 in the UK than any other type of cancer.

Fundraisers aim for the record books in unsupported boat Two rowers have set out from New York in a bid to conquer one of the world’s most treacherous ocean routes. Tom Rainey and Lawrence Walters, both 23, left Lower Manhattan today (3 May) in their ocean rowing boat Yves. They hope to become the youngest pair to make the Atlantic crossing from the US to the UK, as well as completing part of the route in record-breaking time. The duo will spend at least eight weeks in Yves, which is just 23 feet long and six feet wide. They have no support yacht and are carrying all of

Toby’s brain tumour battle prompted extreme fundraising challengeA Hampshire boy has inspired the largest single donation made to The Brain Tumour Charity for research into childhood brain tumours. Toby Ritchie, seven, who lives near Romsey, was diagnosed with a brain tumour in 2013. He endured major surgery and 18 months of chemotherapy, with the prospect of further treatment to come. Last week Toby’s father Rob – a managing director at Goldman Sachs – was one of a 14-strong team who climbed on skis the equivalent height of Mount Everest in the Swiss Alps. The four-day Everest in

Former prison service chief takes on new roleTHE Brain Tumour Charity is delighted to announce the appointment of Sir Martin Narey as its new chair of trustees. Sir Martin, formerly chief executive of Barnardo’s and ex-director general of the prison service in England and Wales, will take up the post on 1 April. His appointment comes as The Charity seeks to accelerate change for those affected by brain tumours, which kill more children and adults under 40 in the UK than any other cancer. Its new five-year strategy sets out plans to double survival from brain tumours and halve the

Final preparations loom before boat is shipped to New York TWO West Country rowers preparing to tackle one of the world’s most perilous ocean routes mark a crucial milestone this week as their specially-designed boat begins its own epic journey to the US. The 23-foot-long ocean rowing boat will leave Devon on 21 March, to be towed initially to Nottinghamshire and then on via container and cargo ship to New York. The boat’s departure starts the clock ticking on an extreme physical challenge for 23-year-old Tom Rainey, from Salcombe in Devon, and his fellow rower Sam Coombs, 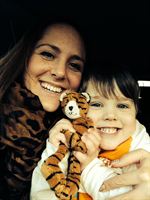 Fury as government snubs call to help cut deathsA MOTHER whose son battled a brain tumour has accused ministers of ‘abandoning’ people affected by the disease after they refused to include it in the government’s cancer awareness campaign. Rosalind Bell’s son Daniel was diagnosed with a brain tumour last year at the age of three after she matched his symptoms with information she had spotted on a friend’s Facebook page. Now she is backing The Brain Tumour Charity’s call for the government to help raise awareness of brain tumours, which kill more children and adults under 40 than any 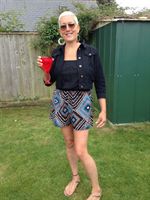 “Shocking” cases include woman who saw GP at least 40 times“SHOCKING” delays to brain tumour diagnoses in the UK will be probed as part of a new drive to tackle the disease. The study funded by The Brain Tumour Charity aims to discover how long it takes on average for adult brain tumour patients to be diagnosed after they first seek medical advice for their symptoms. The two-year project is part of the charity’s campaign to raise awareness of brain tumours and improve treatment of the disease, which it highlights on Friday 6 March with its annual Bandanas for Brain Tumours Day.

Actress pledges help after death of 11-year-old family friendACTRESS Ronni Ancona is backing a drive to raise brain tumour awareness after a young family friend lost his life to the disease. Ronni - best-known to TV audiences for her celebrity impressions and her role in BBC drama Last Tango in Halifax - is urging people to don a specially-designed bandana and Wear it out! on 6 March, Bandanas for Brain Tumours Day. The event is organised annually by The Brain Tumour Charity as part of Brain Tumour Awareness Month. Ronni witnessed first-hand the devastation caused by brain tumours

Glamorous Vicki Browne, 52, is making her TV comeback a year after surgery to remove a brain tumour and undergoing chemo and radiotherapy. She refuses to wear a wig on screen to raise awareness of The Brain Tumour Charity’s work. 12/1/2015 In a bold move in the selfie-obsessed world of female TV presenters, mum-of-one Vicki is making her screen comeback on Wednesday (14 January) with patchy, downy hair after brain surgery. “I’m making a stand by not wearing a wig or head scarves,” she says. “I’m proud of how I look. It shows that I’ve suffered and been through a terrible

Three patients who beat the odds deserve scrutiny, say experts in new documentary04/02/15 THREE long-term brain tumour survivors could revolutionise our quest to cure all forms of cancer, say researchers. The three men are at the heart of a documentary, Surviving Terminal Cancer, which will be premiered at London’s British Film Institute on World Cancer Day (February 4). Two of them have beaten off a form of brain tumour called glioblastoma multiforme - dubbed “the terminator” by doctors because of its highly aggressive characteristics. Patients live for just 15 months on 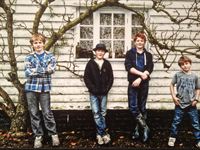 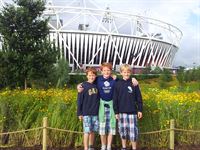