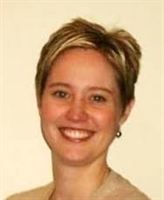 New Findings Reveal Children Raised in “Good” Divorces Far Less Likely to Be Religious Attenders, More Disinterested in Religion, Compared to Those Raised in Happy Marriages Future Health of Churches, Scholars Say, Depends on Getting Ministries to Those from Non-Traditional Families RightNEW YORK, NY—January 16, 2013, 12:01 a.m.—A new report from family scholars, based on thirteen commissioned papers from some of the nation’s top scholars on religion and family, reveals that amid decades of widespread divorce and family change America’s churches have given strikingly little attention to

NEW YORK ECONOMISTS AGREE: CASINOS ARE A BAD BET FOR THE EMPIRE STATE

Casino promoters challenged to “produce the evidence” before any action is taken to amend the State’s ConstitutionNew York, NY—January 3, 2012—Many of New York’s economists from the state’s leading colleges and universities agree that casino gambling is a bad bet for the Empire State, according to the results of an opinion survey released Tuesday. In fact, a majority of the economists who answered the survey view casinos as regressive. The findings, released by the Center for Thrift and Generosity at the Institute for American Values, a New York City think tank with a focus on addressing

NEW REPORT FINDS THAT CHALLENGES OF PARENTHOOD ARE EASIER FOR PARTNERS, WITH MARRIED PARENTS HAPPIEST

ADVISES YOUNG COUPLES TO STRIVE FOR “HYBRID” MARRIAGES THAT COMBINE NEWER SOUL-MATE ASPIRATIONS WITH OLDER, INSTITUTIONAL FEATURES Released today, When Baby Makes Three—How Parenthood Makes Life Meaningful and How Marriage Makes Parenthood Bearable, presents major new findings from the social sciences about the connection between marriage and parenthood. This new 2011 issue of State of Our Unions reveals that despite growing disillusionment about marriage among young adults, most still aspire to be parents. Significantly, parents who are married generally experience more happiness and less

MAJOR REPORT RAISES NEW QUESTIONS ABOUT “INTENTIONAL PARENTHOOD” AND CHILD WELL-BEING Released today by the Commission on Parenthood’s Future, One Parent or Five offers the first-ever systematic critique of the concept of intentional parenthood; the report takes on difficult questions related to intentional families that are often systematically ignored by family diversity proponents and offers surprising—and at times disturbing—portrayals of practices now occurring around the worldNew York, NY—October 6, 2011—The Commission on Parenthood’s Future released internationally the major new 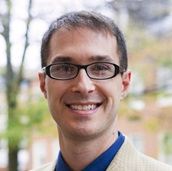