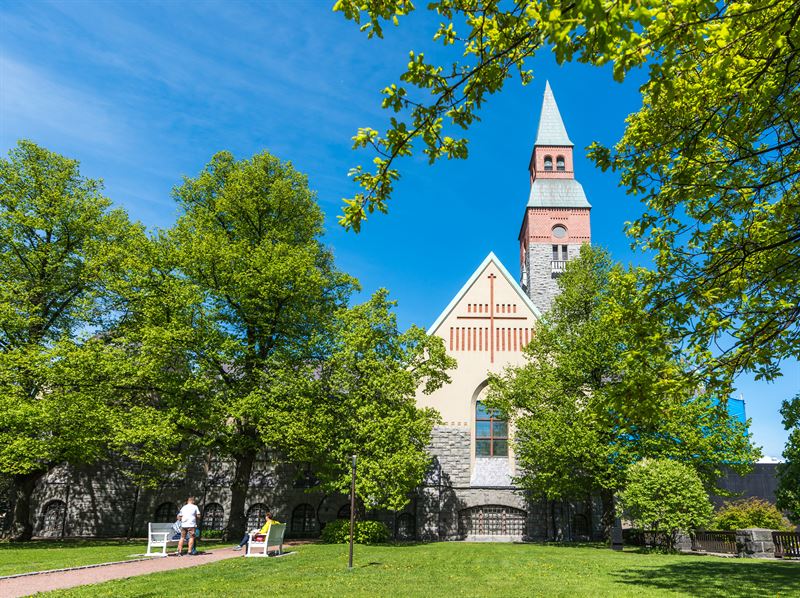 The architecture competition for the annex to the National Museum of Finland, one of Helsinki’s most significant Art Nouveau buildings, is currently under way. It is gaining momentum as the newly appointed Finnish Government has included the extension project in its programme.

By the early April deadline, the open competition received 184 proposals, of which the competition jury of 11 members has now selected five entries to move on to the actual design phase. The finalists are Asuuri, Atlas, Haapio, Kolme Pihaa and Lähde. The competition winner will be announced in December.

“We are grateful and delighted with the number and quality of proposals. A great deal of effort has been put into each entry”, says Director General of the National Museum Elina Anttila, also a member of the jury.

About the Architecture Competition New National

The competition jury will evaluate the proposals on their architectural overall approach and innovation, space flexibility, constructability and overall economy, and will also consider how the annex is situated in the urban landscape and its environment. The new annex must be aesthetically, technically and economically sustainable and feasible. Reflecting the modern image of Finland, the new annex will be realised in accordance with the requirements of clean and environmentally friendly technology, sustainable construction and ecological thinking.

The architecture competition is conducted according to the competition rules of the Finnish Association of Architects (SAFA) both anonymously and confidentially, meaning that the jury only knows the pseudonyms of the participants. The jury works with the same information as the general public, who can study the proposals online at www.uusikansallinen.fi.

The main building of the National Museum of Finland is located right in the heart of the capital Helsinki. The museum building that opened its doors to the public in 1916 was designed by the famous architect group of its time consisting of Herman Gesellius, Armas Lindgren and Eliel Saarinen. Also at the beginning of the last century, the design for the National Museum was discovered through an architecture competition. Upon its completion in 1910, the National Museum’s castle-like Art Nouveau building exemplifying national romantic architecture was one of the most significant new builds of its time.

The new annex will be located on the National Museum plot along Mannerheimintie. The museum plot includes an extensive courtyard park allowing for various types of solutions.

The architecture competition programme states that the current museum building, the annex and the open courtyard must form a unique overall experience that serves different operations and communities throughout the year. At the heart of the competition concept is the study of Finnish society, its cultural heritage and development from the perspective of cultural diversity. New National means a functional and architectural reinterpretation of the concept of “national.” The idea is that the annex will symbolise the driving force of culture and the construction of a national identity on multicultural values and a shared responsibility for the future.

The competition programme determines that the annex will be located at least partially underground. The annex will allow for the production of extensive and demanding international exhibitions for the National Museum of Finland. In addition to exhibitions, the adaptable facilities support the organisation of varied cultural, artistic and recreational events and conferences. The annex will also include the National Museum’s primary restaurant services and terraces.

The current museum building, the annex and the open courtyard available for urban events and communities throughout the year will form a unique overall experience. The complex is intended to be completed in 2025.

Director of Marketing and Communications Päivi Kukkamäki, The National Museum of Finland, +358 (0)295 336 181, paivi.kukkamaki@kansallismuseo.fi