The National Museum of Finland returned Pueblo Tribes’ ancestral remains from its collection for reburial in Mesa Verde, Colorado 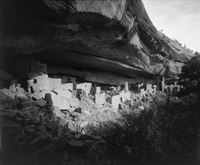 The ancestors and grave items, which are estimated to date back to the 13th century and were part of the National Museum of Finland’s Mesa Verde collection, have been repatriated to the Hopi Tribe, the Pueblo of Acoma, the Pueblo of Zia, and the Pueblo of Zuni, indigenous tribes of the United States, to be reburied on Saturday 12 September 2020. This repatriation respects the 2007 United Nations Declaration on the Rights of Indigenous Peoples and its Article 12 on indigenous peoples’ right to the repatriation of their human remains. This repatriation is the first to return grave findings of

The Uusi Kansallinen (‘the New National’) architecture competition held this year sought proposals for the design of an annex to the National Museum of Finland. A total of 185 pseudonymised entries were submitted, with JKMM Architects’ work Atlas ultimately selected as the winner. The winning entry will receive a prize of EUR 80,000, with the other four works that made it to the final round of the competition sharing third place. Additionally, the competition jury decided to give out five honourable mentions and purchase two works from among the rest of the competition entires.In their

Construction project included in the new Government Programme The architecture competition for the annex to the National Museum of Finland, one of Helsinki’s most significant Art Nouveau buildings, is currently under way. It is gaining momentum as the newly appointed Finnish Government has included the extension project in its programme. By the early April deadline, the open competition received 184 proposals, of which the competition jury of 11 members has now selected five entries to move on to the actual design phase. The finalists are Asuuri, Atlas, Haapio, Kolme Pihaa and Lähde.