Kawneer KICs off a new approach to training

Eco-friendly ceiling tiles from Armstrong feature in the BRE’s Innovation Parks in Watford and Ravenscraig.Energy-saving tiles from Armstrong Ceilings are at the forefront of the BRE’s (Building Research Establishment) latest Innovation Park in Scotland. Armstrong’s CoolZone system features on the ceiling of the main seminar area of the visitors’ centre at the heart of the 1,125-acre Ravenscraig Regeneration Project. The centre is the first completed building on the BRE’s two-acre Innovation Park. Designed by BRE Scotland and Kraft Architecture, the carbon-neutral, closed-panel timber-

A competition to recognise excellence in farm building has been extended by the sector’s representative.Agricultural buildings have as much a claim to architecture as their counterparts in other sectors, if their builders and owners have any say in the matter. Such has been the response to the inaugural launch of a Farm and Agricultural Buildings (FAB) award, designed to recognise excellence in the field, that the organisers, the Rural and Industrial Design and Building Association (RIDBA) have widened its sphere in several ways. The FAB award aims to recognise and rewards contractors

Kawneer systems help make Nine a 10 out of 10

A new CPD based on Armstrong Ceilings’ CoolZone concept is approved by RIBA.Hot on the heels of its launch of the eco-friendly CoolZone system, Armstrong Ceilings has introduced a RIBA-approved CPD  on the use of the PCM (Phase Change Material) the concept is based on. The CPD “Using phase change materials in construction for a more sustainable built environment” is designed to help architects, interior designers and clients better understand where and how PCMs can be used to create a more energy-efficient and comfortable 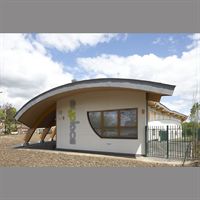 A landmark youth centre features “natural” rainscreen cladding from Steni UK.Aggregate cladding panels from Steni UK were specified for one of the UK’s first operational zero-carbon buildings for a range of reasons ranging from aesthetics to practicality. Some 600m² of Steni’s sparkling white Nature panels, which are manufactured from a fibreglass reinforced polymer composite with a surface of aggregated natural stones, were used as a rainscreen system at the landmark myplace youth centre in the London borough of Havering. The £4million project is the town’s first operational

The full range of Kawneer systems have been used on the new Victoria Hospital in KirkcaldyCurtain walling, windows and doors from architectural aluminium systems supplier Kawneer not only met performance specifications for the new Victoria Hospital in Kirkcaldy but were also of a high standard aesthetically, according to the architects. BDP were familiar with Kawneer as one of the market leaders in their field, having used the manufacturer’s systems on previous projects, and it was the full range that was called on for the £170 million, 500-bed extension to existing facilities. The

Armstrong Ceilings gets warmer and warmer with wood

A range of beautiful wood tiles has been launched by Armstrong Atelier.A stunning range of tiles that bring the warm and natural beauty of wood  to the ceilings of building interiors without loss of acoustic performance has been launched as part of Armstrong Ceilings’ Atelier offer. The company has selected the finest quality wood finish, which complies with all fire requirements (Euroclass B-s2, d0) without comprising acoustic performance (sound absorption up to Class C) or environmental considerations (FSC-certified), to offer a

Halloween deadline for treat of a farm building awardFarm building contractors have just a few weeks left to enter a pioneering award to recognise excellence in agricultural construction. The FAB (Farming andAgriculturalBuildings) award scheme has been launched by RIDBA (the Rural and Industrial Design andBuildingAssociation) to counter this challenging time for the agricultural sector and give some feel good factor back to the industry. The deadline for entries is October 31st. The award aims to recognise and reward contractors and clients who have taken the time and effort to ensure

Kawneer systems help give Warwickshire cricket its edge back

Curtain walling and doors from Kawneer feature on the redevelopment of Edgbaston Cricket Ground.Curtain walling from leading architectural aluminium systems supplier Kawneer is giving guests in the banqueting suite at Warwickshire County Cricket Club a unique perspective of the wicket. A £32million redevelopment of Edgbaston Cricket Ground is apparently, unlike other cricketing venues, enabling spectators in the banqueting facilities to watch play while being catered for at the same time. Kawneer’s AA®100 zone-drained curtain walling, with 50mm sightlines, complemented by Kawneer’s

Rainscreen cladding from Steni UK helps with a local authority faceliftFour colours of Steni UK rainscreen cladding panels are bringing a new lease of life to some local authority offices. Some 238m² of Steni’s Colour panels, in olive, grey, light blue and dark blue, have been used to overclad the brick walls of an internal courtyard at Halton Borough Council’s Municipal Building in Widnes which was refurbished externally and internally. Manufactured from a fibreglass reinforced polymer composite, they feature a surface of electron beam cured acrylic that is applied without the use of

Rainscreen cladding panels from Steni UK feature on a redeveloped community college in CambridgeshireThree shades of rainscreen cladding panels from Steni UK were specified for the redevelopment of one of Cambridgeshire’s two first – and last - BSF projects for their aesthetics and robustness. More than 1,000m² of Steni’s Colour panels, in blue, grey and white, feature horizontally on the second floor facades of the new-build main hall, dining hall, kitchen and classrooms at the Neale-Wade Community College in March. They were specified in a pattern of alternate inverted triangles by

Curtain walling and windows from Kawneer are featuring on the facelift of three tower blocks.Work is drawing to a close on the re-cladding in Kawneer curtain walling of the first of three residential tower blocks in a £20 million redevelopment by housing association One Vision Housing. Kawneer’s AA®100 dry-jointed zone-drained curtain walling with 50mm sightlines, complemented by AA®543 tilturn windows, is being installed on the last elevation of Alexander House at King’s Park in Liverpool by specialist sub-contractor Extruded Window Systems. The tower block refurbishment plays a

Kawneer glazing forms a window to a watery world

Architectural aluminium systems from Kawneer feature on the new-build part of an explosive commercial conversion.Curtain walling and doors from Kawneer play a primary role in the award-winning success of a busman’s holiday of a commercial redevelopment project. Kawneer’s AA®100 zone/mullion-drained curtain walling with 50mm sightlines and AA®605 low/medium-duty swing doors were specified by Pollard Thomas Edwards (PTE) architects for the new-build element of the conversion and refurbishment of an explosives factory to the headquarters of a construction and development company.

Farmers get some expert advice on ventilating livestock buildings 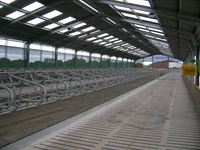 A children’s hospital features Armstrong ceiling tiles with specially-printed imagesArmstrong Ceilings were specified for a redeveloped paediatric intensive care unit (PICU)  for their all-round quality, anti-microbial performance and ability to feature screen-printed images designed to help heal the young patients lying beneath them. A total of 10m² or 28 specially-commissioned Bioguard Acoustic mineral tiles, in five blue-sky designs ranging from helium and hot air balloons to kites

A variety of systems from Armstrong Ceilings feature on a redeveloped schoolCeiling systems from Armstrong were specified by a local authority for the redevelopment of a school for a number of reasons, not least their acoustic performance, aesthetics, flexibility and practicality. Armstrong Ceilings’ Axiom Knife Edge canopies, with a perimeter trim of the school’s corporate colour of blue, were used in classrooms and corridors, while suspended grids of mineral tiles were used in office, store and toilet areas. They were specified by Neath Port Talbot County Borough Council’s in-house

Its corporate ceilings brochure has been updated by Armstrong.Leading interior solutions provider Armstrong Ceilings has launched a new corporate brochure to help inspire architects, interior designers and facilities managers specify the most appropriate ceiling solution. The A4 brochure is available to download from www.armstrong-ceilings.co.uk or www.armstrong-ceilings.ie and provides all the information specifiers and contractors need to make informed choices for education, healthcare, office, retail and leisure applications. Two sections give advice on generic ceiling information,

A range of aluminium systems from Kawneer have been used on the iconic South Bristol Skills AcademyGlazing from leading architectural aluminium systems supplier Kawneer forms a “major part” of the façade to the stunning £23 million South Bristol Skills Academy. The latest campus addition to the City of Bristol College, one of the largest of its kind in the UK, is an iconic building with a distinctive curved façade that forms a gateway into Hengrove Park, itself a multi-million £ regeneration programme to transform south Bristol into one of the most sought after areas in the south 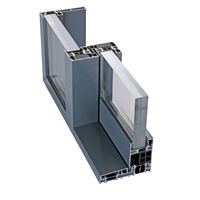 Kawneer has enhanced its offer to the residential and commercial sectors with the introduction of a high-performance lift/slide door.A lift/slide door that offers maximum panoramic viewing alongside the highest levels of thermal and weathering performance has been launched to the residential and commercial sectors by leading architectural aluminium systems supplier Kawneer. The AA®3572’s lift/slide technology uses stainless steel rollers to ensure smooth and effortless operation while the maximum panel sizes of 3m x 3m and weights of up to 400kg enable large areas of glazing to be used 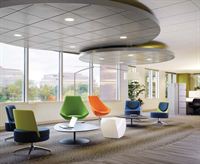 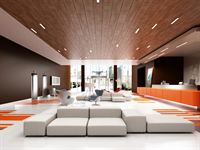 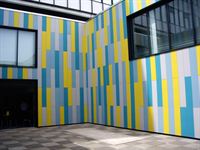 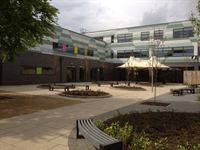 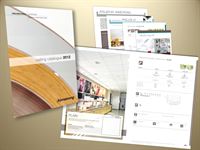 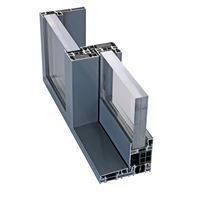 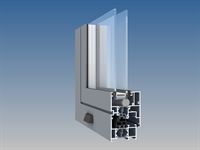 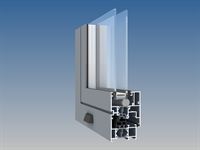